ABOVE: Acropora tenuis has three color morphs that offer various levels of protection from bleaching through the expression of certain genes. From left: brown, yellow-green, and purple
CREDIT: DAISUKE KEZUKA

As global temperatures continue to climb and more carbon dioxide is dissolved into the oceans, water acidification and associated bleaching events in corals threaten reefs. According to a study published Tuesday (February 23) in G3: Genes|Genomes|Genetics, the coral Acropora tenuis has three distinct color morphs (yellow-green, purple, and brown) that react in their own distinct ways when faced with higher temperatures, a phenomenon the researchers find is due to fluorescent protein production.

In addition to identifying 10 genes that regulate the production of fluorescent proteins and seven associated with nonfluorescent chromoprotein in the coral, the study looked at the relative abundance of those proteins and how well they protected the coral’s symbiotic algae from thermal stress. The algae perform photosynthesis and give the coral a food source. Without the algae, the host would starve.

The yellow-green morph had especially high expression levels of two genes responsible for making green fluorescent proteins, and these genes became much more active in the summer when temperatures, and the risk of bleaching, are highest. This morph was also able to resist the negative effects of high temperatures. The purple morph had a lower expression of those genes, but the algae seemed to be protected by higher levels of chromoprotein. The brown morph had the lowest expression of those genes and was found to bleach up to 50 percent over the summer. 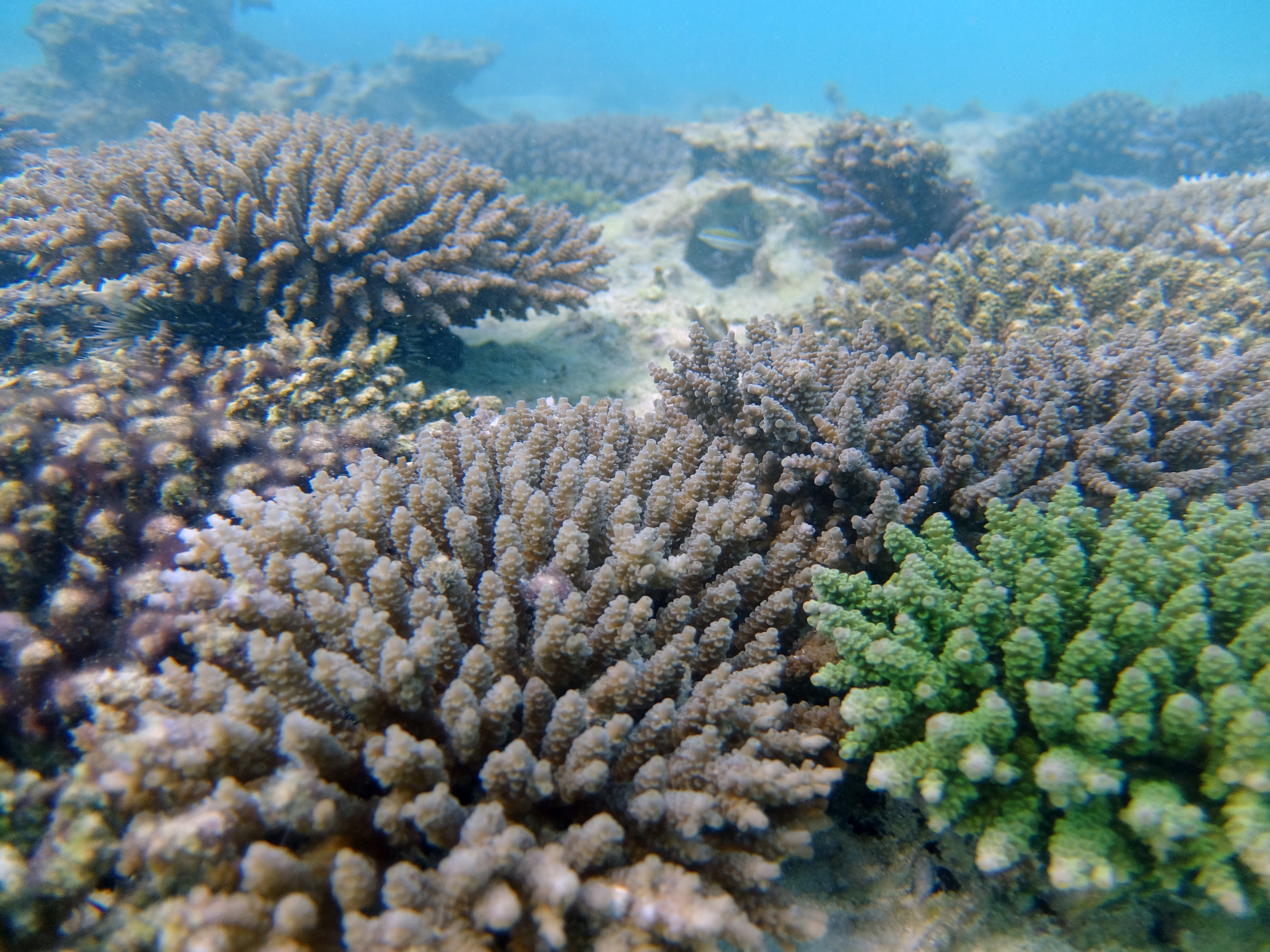