ABOVE: Oral cancer cells (left) are infected with one of three periodontal pathogens (stained in green) for two hours before being injected into the mouth of mice. Treponema denticola (right) can be seen invading oral cancer cells, which researchers found leads to a more aggressive cancer.
ALLAN RADAIC AND LEA SEDGHI, UNIVERSITY OF CALIFORNIA, SAN FRANCISCO

In the last few decades, scientists have identified more than a dozen pathogens—from human papillomavirus to Helicobacter pylori—that contribute to the progression of cancers. In a study published today (October 1) in PLOS Pathogens, researchers demonstrate the mechanism by which three oral bacteria found in cells of the gums promote oral squamous cell carcinoma (OSCC) tumor development and progression in mice. And they show that a bacteriocin, an antimicrobial peptide that bacteria produce, counters the effects of the oral bacteria and slows tumor growth.

“This study fits in nicely in a growing body of evidence that a variety of known pathogens contribute to the initiation and progression of different cancers,” says Mark Herzberg, a biologist at the University of Minnesota who has studied oral cancer and was not involved with the report. “Oral cancer has been known to be caused by tobacco smoking, alcohol use, and HPV, but now they are presenting mechanistic evidence that the bacteria in the oral cavity exacerbate carcinogenesis.”

Yvonne Kapila, the vice-chair of periodontology at the University of California, San Francisco, says she first conceived of the idea to do this research when she noticed that some of the patients she treats in her clinic developed oral cancer in the same areas of the mouth where she performed gum surgery or inserted dental implants. Prior research suggests that there is a link between inflammation and cancer, and Kapila wanted to understand if there was something else, such as oral pathogens, that predisposed those areas of the mouth to cancer.

To find out, Kapila and her colleagues took human OSCC cells that were infected with one of three periodontal bacteria—Porphyromonas gingivalis, Treponema denticola, and Fusobacterium nucleatum—and injected them into the floor of the mouth of six-week-old mice. F. nucleatum is commonly found in the mouth, whereas P. gingivalis and T. denticola are rarely found in healthy gum tissue. Two weeks later, the mice were divided into a control group that was given water and a treatment group that received the bacteriocin nisin.

After seven weeks of treatment, the researchers euthanized the mice and harvested the tumors to study them. The presence of the periodontal bacteria caused cancerous cells to replicate and migrate more efficiently, leading to a more aggressive form of OSCC. Using immunoblots, researchers discovered that the pathogens activated two signaling pathways within the tumor cells: integrin/FAK and TLR/MyDD88, both of which are key to cell migration.

Tumors in mice that received nisin showed decreased movement, invasion, and size. Tumors in the nisin-treated mice also appeared whiter in color, which the researchers say represents a decrease in blood vessels, typically a good sign for recovery, as tumors require a large blood supply.

“This report shows that cancers can be treated with antimicrobials, which is really new—nobody’s ever really thought of treating cancers with antimicrobials or something as simple as bacteriocins,” Kapila tells The Scientist. “This is also confirmation that oral bacteria that are associated with disease really aggravate other diseases like cancers.”

Nam Joo, a former postdoc in Kapila’s laboratory, was the first to raise the possibility of nisin’s therapeutic role. Joo began his nisin research while studying kimchi, which is rich in bacteria that produce nisin, for his master’s degree in South Korea. He wondered if the bacteriocin might work as an anticancer agent because of its known properties in promoting cell death in other cell systems.

While most bacteriocins inhibit only closely related species, nisin acts as a broad-spectrum antibacterial that is effective against many Gram-positive bacteria. In this study, nisin did not target the oral pathogens, but the cancerous cells themselves. The bacteriocin inhibited the effects of the bacteria, deactivating the signaling pathways they enabled by latching onto the cancer cell membranes and allowing calcium to flow into the cell.

Kapila says she is currently investigating why nisin binds to tumor cells, rather than healthy cells, but she says it may be because nisin preferentially binds to phosphocholine lipid bilayers, which cell membranes are made of, previous research shows.

“It’s particularly noteworthy to modulate a microbial community to prevent a noncommunicable disease,” says David Moyes, a microbiologist who studies oral pathogens at King’s College London and was not involved with the study. “Bacteriocins are a fairly new kid on the block for use in clinical therapy.”

The bacteriocin was first isolated in the 1920s from Lactococcus lactis, a bacterium used extensively in the production of cheese and buttermilk, and was approved as an additive to protect food against harmful bacteria in the 1960s.

Head and neck squamous cell carcinoma (HNSCC) is the seventh most common cancer worldwide, with 600,000 new cases diagnosed each year, according to the National Institutes of Health. OSCC is a subset of HNSCC that is extremely prevalent in some countries such as India, where OSCC makes up more than 50 percent of all cancers.

Kapila has submitted a grant to test the bacteriocin on patients with oral cancer in a clinical trial. Herzberg emphasizes nisin’s potential, particularly because it has long been deemed safe enough to include in food products, so it may be easier to approve if there is conclusive evidence from human trials that it helps fight cancer. Indeed, in a 2015 study, Kapila notes that that people in the US consume 0.94 to 2.24 mg of nisin per day, according to an estimate from the US Food and Drug Administration. There is no indication that this helps prevent or treat oral cancer.

Kapila’s team also examined the mice’s internal organs such as the liver, kidney, and lung to see if nisin led to downstream consequences but found no differences between these animals and those that didn’t get the treatment.

Oral pathogens have previously been shown to promote other cancers such as colorectal cancer, so Kapila remains hopeful that her study opens the door for research on antimicrobial peptides to treat other cancers. 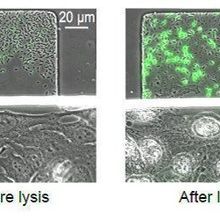 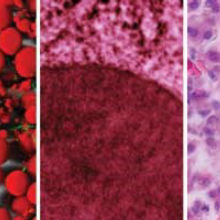