ABOVE: A reproduction of the painting “Celebrating the Birth,” by artist Jan Steen. WIKIMEDIA, WEB GALLERY OF ART

That old joke about the milkman fathering many of a town’s children—it’s far from true, a new study reaffirms.

Researchers analyzed the Y chromosome and genealogy data of 513 pairs of men living in Belgium and the Netherlands. Based on the genealogy data, each pair shared a common paternal ancestor and therefore should have had identical Y chromosomes, unless there was a case of adultery, or what scientists call extra-pair paternity. The study confirmed that the vast majority—99 percent—were indeed genetically related through their paternal lineage, which the authors say buck some common assumptions.

Study coauthor Maarten Larmuseau of KU Leuven was inspired to run the study after looking at a 17th-century painting (pictured above) called “Celebrating the Birth.” In the work, artist Jan Steen shows a celebration centered on the birth of a baby. An older, seemingly wealthy man holds the baby, and behind the child’s head another man raises two fingers, a sign of antlers, representing cuckoldry.

“Together with many other paintings and historical references in theatre and literature to cuckoldry, you would assume that there was potentially a higher extra-pair paternity rate among aristocratic families in which there was a large age gap between husband and wife,” Larmuseau tells Newsweek. “Therefore, we started our study to test if historical extra-pair paternity rates could indeed differentiate among specific groups [and] strata within a population.”

The results showed that overall extra-pair paternity was low, only turning up in about 1 percent of the cases, though the result depended on socioeconomic status. Extra-pair paternity showed up in 6 percent of cases of urban families with low socioeconomic status living in densely populated cities in the 19th century, the researchers report today (Nov. 14) in Current Biology.

“It is notable that low rates of extra-pair paternity hold in this sample across several centuries given that the details of complex lives are missing,” anthropologist Peter Gray of the University of Nevada, Las Vegas, who was not involved in the study tells Newsweek. “If anything, we might expect more noise given uncertainties about child adoption or fostering; acknowledged but hidden infidelity and suspected extra-pair paternity; and how marriage and remarriage might cover up some genetic relationships.”

This isn’t the first time Larmuseau and his colleagues have investigated the question of extra-pair paternity, nor is his team the only one to ask the question. Genetic studies have repeatedly challenged the idea that mistaken paternity is common, yet the myth persists. 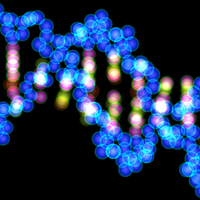 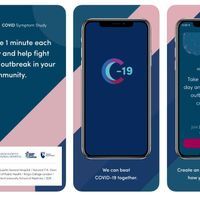