ABOVE: WIKIMEDIA COMMONS, THE HE LAB

He Jiankui, a former researcher at Southern University of Science and Technology in Shenzhen, China, who claimed to have created the world’s first gene-edited babies, was sentenced to three years in prison today (December 30) by a Chinese court for illegally practicing medicine. He was also fined 3 million yuan ($430,000 US). Two scientists who collaborated with He on the research, Zhang Renli and Qin Jinzhou, were given lesser sentences. All three pleaded guilty to the charges, reports The Associated Press.

“The three accused did not have the proper certification to practice medicine, and in seeking fame and wealth, deliberately violated national regulations in scientific research and medical treatment,” said the court, according to Reuters.

In November 2018, He announced the birth of twin girls with edited genes, leading to widespread condemnation from the scientific community. He altered the gene CCR5, involved in HIV’s entrance into cells, in three embryos using CRISPR-Cas9 in an attempt to give the babies protection against HIV infection in the future. The court confirmed Monday that a third genetically edited baby had been born to another woman, reports The New York Times. The identity of the three babies has not been publicly disclosed.

Soon after the announcement, He disappeared from public view, apparently detained in an apartment in Shenzhen. It is not known whether the jail time includes the time He has already spent in Chinese custody, reports the AP. 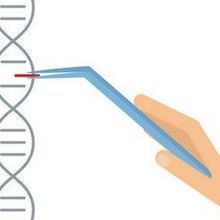 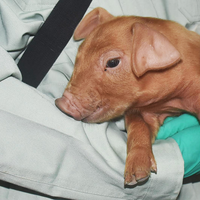