Devastated by the death of his previous cat, Garlic, Huang sought the services of biotechnology company Sinogene. The Beijing-based firm charged Huang ¥250,000 (about $35,000 US) to generate a clone of his beloved pet, according to the Chinese news outlet The Global Times. The resulting kitten, also named Garlic, was born on July 21 and will stay at the Sinogene lab for another month before being sent home, according to The New York Times.

“In my heart, Garlic is irreplaceable. Garlic didn’t leave anything for future generations, so I could only choose to clone,” says Huang in an interview with The New York Times.

Sinogene has offered pet-cloning services since 2015 and has cloned 40 dogs so far, each at $53,000 a pop. The company began attempting to clone Garlic after seeing market research that cats are gaining popularity in China, Sinogene’s chief executive Mi Jidong tells The New York Times.

To clone Garlic, Sinogene scientists collected skin cells from the British shorthair, which had died of a urinary tract disease, according to the Global Times. They used the cells, along with eggs harvested from other cats, to generate 40 cloned embryos, reports The New York Times. Scientists then inserted the embryos into four surrogate cats. The process produced three pregnancies over the course of about seven months, two of which ended in miscarriage, says Chen Benchi, head of Sinogene’s medical experiments team, to the The New York Times.

The new Garlic was born 66 days after an embryo was transferred to a surrogate mother, according to the Global Times. Although the kitten’s DNA matches the original Garlic’s, the cat shows slight differences in its eye color and fur—notably, the new Garlic lacks a distinctive black mark on her chin.

“If I tell you I wasn’t disappointed, then I would be lying to you,” Huang tells The New York Times. “But I’m also willing to accept that there are certain situations in which there are limitations to the technology.”

China has no laws against animal cruelty, according to the The New York Times, and critics argue that cloning animals is inefficient, inhumane, and may have unintended consequences when the cloned creatures begin contributing to the gene pool. In particular, the use of surrogate animals raises ethical questions.

“The [surrogate] cat has no intrinsic value. It’s used as an object, as a means to somebody’s end,” Jessica Pierce, a bioethicist at the University of Colorado Denver, tells the The New York Times.

Sinogene is currently attempting to clone a horse and eventually aims to clone endangered animals, such as pandas and the South China tiger, Mi tells The New York Times. Cloning an endangered animal would require experiments on interspecies cloning, but no scientist has so far successfully cloned a cross species animal due to technological barriers, adds Lai Liangxue, Sinogene’s chief scientist and a research fellow at the Chinese Academy of Sciences, in an interview with the Global Times. Producing such an animal might involve combining materials from an endangered animal’s somatic cell with another species’ egg, as Chinese scientist Chen Dayuan is attempting to accomplish with pandas and cats, according to the news report.

For their pet cloning services, Mi says Sinogene hopes to someday transfer the memories of the original animals to their clones using artificial intelligence or man-machine interface technology, according to the Global Times. Sinogene deputy general manager Zhao Jianping adds that several cat owners have already booked the cloning service as it exists today.

Nicoletta Lanese is an intern for The Scientist. Email her at nlanese@the-scientist.com. 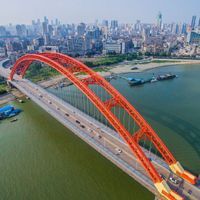