A Chinese official who has a history of attacking the United States online has lent a voice to a conspiracy theory that blames American soldiers for bringing COVID-19 to China, though the science does not support that narrative.

According to the unfounded accusation, which reports say has been widely shared on the popular Chinese social media platform Weibo, the novel coronavirus SARS-CoV-2 was introduced to China when 300 US military members arrived in the Wuhan region for the Military World Games in mid-October and infected the local population. None of the servicemembers who made the trip have tested positive for the virus.

The rumors seemed to begin when Chinese respiratory specialist Zhong Nanshan stated at a February press conference that “though the COVID-19 was first discovered in China, it does not mean that it originated from China,” planting the seeds of doubt.

On Thursday (March 12), Zhao Lijian, the spokesperson of China’s Ministry of Foreign Affairs, took to Twitter, a social platform banned in China, to ask, “When did patient zero begin in US? How many people are infected? What are the names of the hospitals? It might be US army who brought the epidemic to Wuhan. Be transparent! Make public your data! US owe us an explanation!”

The text of the tweet was accompanied by a video of US Centers for Disease Control and Prevention Director Robert Redfield saying that some deaths assumed to have been caused by the flu were actually COVID-19, though the video does not reference specific cases or dates.

Lijian has also retweeted a link to a known conspiracy site that claims the virus may have originated at the US Army Medical Research Institute of Infectious Diseases at Ft. Detrick in Maryland, which was shut down in August after biosafety lapses with a number of pathogens. The website goes on to speculate that the virus went from Ft. Detrick to e-cigarettes to Hawaii to Wuhan. There is no evidence the pathogens in Maryland ever left the lab and there’s an equal lack of evidence supporting any of the other claims.

An analysis of the virus’s genome indicates that the outbreak wasn’t caused by a strain from a lab and likely came from wild animals instead.

Despite the lack of evidence, the fact that a government official is making these claims seemingly unchecked could have larger consequences, says Victor Shih, an associate professor at the University of California, San Diego.

“If the [Chinese] leadership really believes in the culpability of the U.S. government,” Shih tells The New York Times, “it may behave in a way that dramatically worsens the bilateral relationship.”

The statements might simply be a distraction from criticisms about how China has handled the outbreak. Li Wenliang, a Chinese doctor who had tried to raise awareness about the virus in the early stages, was punished by the government and forced to say his concerns were an “illegal rumor.” Li contracted the virus himself while treating a patient in January and died on February 7. Critics claim that had these concerns been taken seriously at the time, it could have curbed the severity of the outbreak.

The unfounded claims could also be a response to US officials who have referred to SARS-CoV-2 as the “China virus” or “Wuhan virus,” according to the Times, terms that Lijian denounced as “highly irresponsible” at a March 4 press conference.

“The conspiracy theories are a new, low front in what they clearly perceive as a global competition over the narrative of this crisis,” Julian Gewirtz, an Academy Scholar at Harvard University's Weatherhead Center for International Affairs, tells the Times. 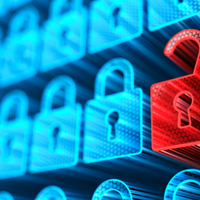