The researchers from the University of Tokyo subjected healthy female mice to cold (4 °C or 39.2 °F), room (22 °C or 71.6°F), or hot (36 °C or 96.8 °F) temperatures. Within 24 hours of living in high heat, mice ate less and lost 10 percent of their body weight. When exposed to a type of H1N1 influenza virus on day eight of the simulated heat wave, the animals’ immune systems had difficulty recognizing the virus and fighting it because of lagging responses from virus-specific killer T cells and antibodies.

But the researchers observed that the mice’s immune systems bounced back with a little help from supplemental nutrition in the form of glucose and short-chain fatty acids.

“People often lose their appetite when they feel sick. If someone stops eating long enough to develop a nutritional deficit, that may weaken the immune system and increase the likelihood of getting sick again,” study coauthor Takeshi Ichinohe says in a statement.

The scientists also surgically connected underfed and regularly fed mice kept at room temperature so that they could exchange bodily fluids. The team then infected both sets of mice with influenza. Fluids from the regularly fed mice prompted an immune response in the undernourished mice, according to the authors.

Although the results point to an interaction between nutrition and immune response, further experiments are required to understand how. “Does the immune system not respond to influenza virus maybe because the heat changes gene expression? Or maybe because the mice don’t have enough nutrients?” says coauthor Miyu Moriyama in the statement.

Based on the results, the authors suggest that boosting nutrition may help in treatment along with antiviral drugs, especially as global temperatures rise with time. “Perhaps vaccines and nutritional supplements could be given simultaneously to communities in food-insecure areas,” says Ichinohe in the statement. 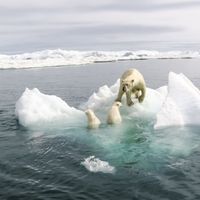