While it’s clear that brain disorders are often inherited, finding exactly which genes are responsible for passing them along is challenging. In a study published today in Science, an international consortium of hundreds of scientists assembled genome-wide association study data for 25 psychiatric and neurological disorders and found that 10 mental illnesses share genetic variants that contribute to the risk of their development. The authors suggest that identifying these similarities could lead to a greater understanding of what causes mental disorders and affect how clinicians diagnose and treat patients.

“In the field of psychiatric genetics, we have been seeing common underlying genes across [psychiatric disorders] for some years now,” says Consuelo Walss-Bass, a psychiatric geneticist at the University of Texas Health Science Center at Houston who did not participate in the study. “However, it’s still a very important paper in that it shows that in such a large sample. We need such large sample sizes to really be able to identify these variants in a significant way,” she adds.

The group of researchers responsible for the study is part of a larger collective called the Psychiatrics Genomics Consortium. Members of that group showed with a genome-wide association study in 2009 that schizophrenia and bipolar disorder share genetic variations. A 2013 study from the consortium added major depressive disorder, autism spectrum disorders, and attention deficit hyperactivity disorder (ADHD) to the mix and found common genetic underpinnings in all five conditions. In addition to the first five mental disorders, the latest study includes Tourette syndrome, posttraumatic stress disorder, obsessive-compulsive disorder, anorexia nervosa, and anxiety disorders.

I think all the people studying the genetics of psychiatric disorders have been surprised by the amount of interconnectivity that is there.

“As we add more disorders, we seem to see more connections between them,” says coauthor Verneri Anttila, a postdoc at the Broad Institute. “So based on the initial promising results in some of the psychiatric disorders . . . we started to then see about if we expanded to all common brain disorders and if that could be leveraged to gain new insights.”

Anttila and colleagues wanted to compare not just the psychiatric disorders but also 15 neurological disorders, including epilepsy, migraine, Alzheimer’s disease, and Parkinson’s disease. They gathered data from genome-wide association studies of each of the diseases, which spanned 265,218 patients with different brain disorders and 784,643 controls. Then the authors analyzed the data for evidence of shared heredity and genetic correlations using methods consortium members developed previously.

In the paper, the authors suggest that their findings could have implications for the diagnosis of psychiatric disorders because they blur the genetic boundaries between different conditions.

“Diagnosing these disorders and separating them and treating them as different . . . is not really the reality in terms of the genetics,” says Walss-Bass. But before we can use genetic data to make diagnoses, she says, “we need to identify the actual genes that are underlying these disorders.”

“I think all the people studying the genetics of psychiatric disorders have been surprised by the amount of interconnectivity that is there,” says Anttila. “But also similarly surprising was the fact that we don’t seem to see anywhere near as much connectivity between psychiatric disorders and neurological disorders.” That’s because epidemiological studies have made connections between neurological and psychiatric phenotypes—people with Alzheimer’s diseases often develop major depressive disorder, for instance. The authors write in the paper that the lack of shared genetic variants could mean that neurological conditions have more specific genetic causes, or maybe that there is just not enough information in the genome studies from the neurological disorders to find connections.

“It’s an impressive accumulation of data,” says Ruth Ottman, a genetic epidemiologist at Columbia University in New York who focuses her work on epilepsy and was not involved in the study. At the same time, “I have doubts about the conclusion of lack of shared genetic effects on epilepsy and psychiatric disorders because of evidence from other types of studies,” including epidemiologic investigations and studies that trace disease in families, she adds. “I think the question remains open.”

The authors acknowledge that the work raises plenty of open questions. Anttila and colleagues are currently looking into potential genetic overlap between sleep disturbances, such as insomnia, and psychiatric disorders. These have been linked in epidemiological studies. 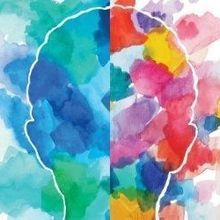 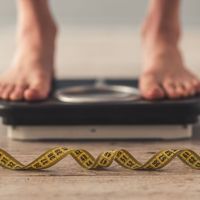