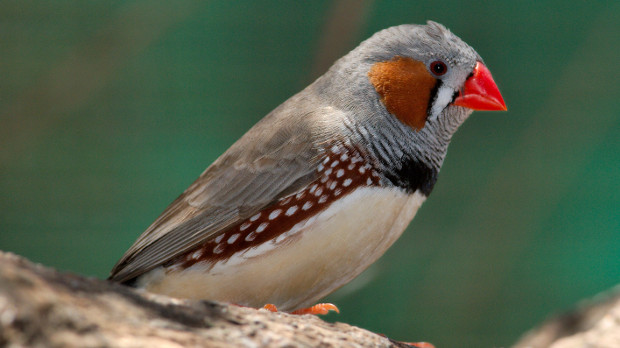 Zebra finchWIKIMEDIA, PERIPITUSAcute manipulations of specific brain regions can have strikingly different effects than permanent lesions of the same areas, according to a report in Nature today (December 9). The results of the study, in which scientists examined specific behaviors in rats and songbirds, suggest that transient neural stimulations or inactivations may cause off-target behavioral effects that can complicate data interpretation.

“This is a paper that had to be done,” said behavioral neuroscientist Giulio Tononi of the University of Wisconsin who was not involved in the study. “The work is very elegant, very careful, and it shows something that one could definitely suspect . . . but that has never been shown so explicitly: that when we do an acute manipulation of a piece of the brain, you can [also] produce effects at a distance.”

Before the advent of techniques that could reversibly alter brain cell function, such...

The path to Ölveczky’s discovery actually began with “an experiment gone wrong” followed by “a surprise,” he said. His team had been investigating how transient inactivation of a region of motor cortex in rats affected their abilities to perform a learned motor task: pressing a lever twice in short succession to receive a reward. However, during one of the transient inactivations—which involved precision injection of a neurotransmitter inhibitor into the cortex—Ölveczky feared some slight damage to the brain tissue had occurred. Rather than excluding the animal from the analysis, Ölveczky carried out a more extensive permanent lesion in the target area and compared this animal’s task performance to the others. While the rats with transient motor cortex inactivation failed to execute the lever press task, the rat with the permanent lesion performed the task as normal.

“For some time, after I realized the lesion didn’t have an effect, we were quite disappointed because it was not what we had hypothesized,” Ölveczky told The Scientist.  “But then we felt that we had to follow up on this.”

So the researchers set out to determine whether such discrepancy between permanent lesioning and transient manipulations was a more general phenomena. In zebra finches, lesioning of a brain region called the sensorimotor nucleus interface has previously been shown to leave the birds’ courtship singing intact. When the team transiently inactivated the same region, however, the birds’ singing was dramatically impaired.

The team also showed that not only did transient inactivation of a region impair an animal’s task performance, so too did transient optogenetic stimulation. This suggested that following any transient manipulation to a brain region there may be an acute widespread circuit dysfunction that does not necessarily reflect the region’s direct function.

The difference between short and long-term inactivation of the same brain region appears to be the experimental equivalent of a clinical phenomenon celled diaschisis, said Tononi. Diaschisis is a temporary loss of function in one brain region caused by damage to another—or, in experimental terms, an off-target effect. The phenomenon is thought to explain why many of the severe symptoms seen during the acute phase of a stroke, for example, can quickly recede during early recovery. The actual region damaged by the stroke, on the other hand, will cause long lasting or permanent loss of a more specific brain function.

It is clear that “there are fundamental differences between long-term manipulations, rapid pharmacological manipulations, and rapid optogenetic manipulations,” said neurobiologist Eve Marder of Brandeis University in Waltham, Massachusetts, who did not participate in the work. “Each manipulation has strengths and weaknesses and reveals different aspects of circuit function.”

While the take-home message is that no one approach is perfect and all results must be interpreted carefully, said Marder, there is optimism going forward. There are people putting a lot of time and energy into generating accurate connectivity maps of the brain, she said, and “[if] you have a detailed anatomical connectome and [if] you have very well-characterized cell type identifications, all manipulations will become much more interpretable.”

Until then, she added, “the message is to have a multipronged approach.”