In 2009, the pharmaceutical industry experienced one of the most costly viral contamination events in recent history. When Vesivirus 2117 made it into one of Genzyme’s bioreactors for producing certain drugs, the fallout was dramatic. Patients struggled with a shortage of Cerezyme to treat Gaucher disease and Fabrazyme to treat Fabry disease when production stopped to prevent the contaminated products from getting to market. The company paid $175 million in fines, before moving to a new manufacturing facility with third-party oversight. Competitors were awarded fast-track designations for drugs to treat the rare diseases for which these drugs were suddenly unavailable. As the value of the company decreased, Sanofi was able to aquire Genzyme.

Biopharmaceutical manufacturers recognized that even if contamination never reached clinics, it could still create major problems for both the company and patients. Even with protocols in place to prevent contamination in biologics, Stacy Springs, the executive director of MIT’s Consortium on Adventitious Agent Contamination in Biomanufacturing (CAACB) and her team figured there was more to learn about how viruses sometimes get through.

Accidental viral contamination is difficult to study. “It’s the Black Swan kind of event. It happens rarely, but when it does, it’s very impactful,” says Springs. Moreover, “a few companies had reported their viral contaminations in the literature, but not all,” she says. “They’re not required to disclose a viral contamination unless they have a material event,” one in which the contamination disrupts the supply of medicine. So she and her team set out to find a way to collect data on events that don’t happen often and that aren’t necessarily publicized even when they do.

They reported incidences of viral contamination during all stages of product development.

They partnered with six companies that agreed to anonymously submit answers to a survey about viral contamination events that occurred in mammalian cell lines used in their manufacturing facilities over the past few decades. The study did not consider events in bacterial or yeast fermentation, plasma fractionation, or egg-based production of vaccines.

The CAACB conducted a pilot study using data from the six companies, which became members of the consortium. They shared their findings first with members only, and then eventually at conferences, where, Springs says, the response was “overwhelmingly positive,” and many more have now joined the group.

A report published today in Nature Biotechnology evaluated data from 20 companies that shared their anonymized answers to a 166-question survey that asked about the cell lines they used, as well as prevention, testing, and corrective actions the companies took.

Overall, the data reflected 18 separate contamination events. Of the 20 companies, nine (45 percent) had seen their mammalian cell cultures contaminated by viruses at least once between 1985 and 2018. None of the contaminated products had been released for human use.

Within the data, the researchers found some surprises. First, companies experienced viral contamination throughout all phases of a product’s development and manufacturing. Three events occurred during preclinical non-cGMP manufacture (during which production is not regulated by certain FDA guidelines, such as testing for adventitious viruses), two during clinical cGMP manufacture, and 13 during commercial manufacture. “They reported incidences of viral contamination during all stages of product development,” including during cGMP production, Alison Killilea, who directs the cell culture facility at the University of California, Berkeley, and was not involved in the study, tells The Scientist in an email. “This might be surprising.”

In one case, the manufacturers did not use any animal-derived raw materials such as serum, but contamination still occurred, dispelling a common myth. “There’s a tendency to believe that for making traditional biotherapeutic products, if you just move away from animal-derived raw materials . . . you can reduce your risk [of viral contamination] to zero,” says Springs. “But that’s not true.”

Springs’s group also found that the in vitro virus assay (IVV), which is commonly used to test for contamination with a variety of viruses, gave false negative results in four out of 15 events. These events were identified using alternative methods.

“The strength of this manuscript is the thoroughness of the study,” says Barbara Osborne, an immunologist at the University of Massachusetts. She points out that scientists still can only test for known contaminants, highlighting a need to be vigilant when it comes to newly emerging viruses, like SARS-CoV-2, for example. Still, she says, “the fact that these companies have banded together to share data and information concerning potential contaminants is both impressive and reassuring.” 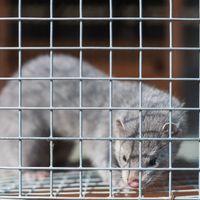