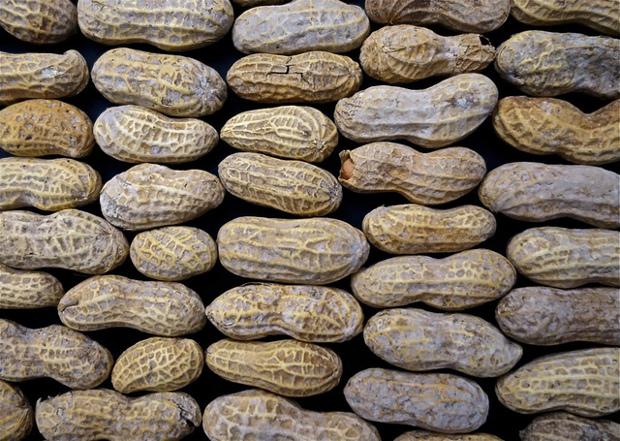 FLICKR, DEAN HOCHMANChildren prone to developing food allergies are born with some immune cells ready to cause inflammation, according to a study published today (January 13) in Science Translational Medicine. Scientists who studied nearly 700 newborns for one year observed that monocytes found in umbilical cord blood of infants who had food allergies a year later were more active and proinflammatory than those in newborns without such allergies. A team of researchers from Australia and China has shown that a consequence of this increased monocyte activity could be a deficit of anti-inflammatory T regulatory cells (Tregs).

“It’s fairly well known that there are T-cell changes associated with food allergy,” said M. Cecilia Berin, a pediatric allergy specialist at the Icahn School of Medicine at Mount Sinai in New York City who was not involved in the research. “[This study] really identifies the contribution of the innate immune...

Peter Vuillermin, a pediatric specialist at Deakin University in Victoria, Australia, and his colleagues examined the composition of immune cells in the cord blood of newborns enrolled in the Barwon Infant Study (BIS), a large-scale project aimed at identifying prenatal and early-life causes of noncommunicable diseases. The team found that cord blood from infants who went on to develop confirmed food allergies had lower frequencies of Tregs and larger ratios of CD14+ monocytes to CD4+ T cells—two populations of immune cells that are inversely related in cord blood.

Among food-allergic children, both patterns of immune cell changes became more apparent as the duration of childbirth increased. But this finding does not suggest longer labor times lead to allergy, Vuillermin pointed out; prolonged exposure to the proinflammatory environment associated with labor revealed the difference between allergy-prone and nonallergic children by heightening immune activity, he explained.

The increased frequency of monocytes relative to CD4+ T cells in food-allergic children led the team to examine the monocytes’ propensity for producing proinflammatory cytokines. The researchers found that after stimulation in vitro, monocytes from food-allergic children made higher levels of cytokines known to be involved in allergy, such as tumor necrosis factor α (TNF-α), compared to the same cells from nonallergic children. The researchers were able to use these cytokines or purified CD14+ monocytes to skew Tregs toward an allergy-associated Th2 phenotype. However, a CD4+ T-cell cytokine called interleukin 2 (IL-2) prevented the effect, allowing Tregs to maintain their phenotype.

The authors concluded that the increased activity of monocytes and deficit of CD4+ T cells in infants prone to food allergy could lead to the lower frequencies of Tregs relative to Th2 and Th17 cells, which would promote allergic inflammation in the gut. Although the study provides a mechanistic link between high monocyte activation and Treg changes, Vuillermin noted that it’s not yet clear whether the state of these cells immediately after birth persists throughout life. “We need to do the work and see whether this signature at birth is still present when the kids actually have established disease,” he said.

Vuillermin’s team is now also investigating whether the composition and metabolic products of BIS mothers’ gut microbiomes during pregnancy has any relationship to food allergy development. Whatever the cause, Berin said a cord blood-based test could be a useful predictor of which children are most at risk of developing food allergy and which would benefit most from early intervention.