ABOVE: WYSS INSTITUTE AT HARVARD UNIVERSITY

Using CRISPR, researchers have crafted a technique to study mammalian development in exceptional detail, according to a report published in Science yesterday (August 9).

“This method allows us to take the final developmental stage of a model organism and from there reconstruct a full lineage tree all the way back to its single-cell stage,” coauthor George Church, a professor of genetics at Harvard Medical School, tells The Harvard Gazette. “It’s an ambitious goal that will certainly take many labs several years to realize, but this paper represents an important step in getting there.”

To tag cells in developing mice, Church’s group used CRISPR’s habit of leaving behind a sign when editing DNA to create a barcode of 60 such marks across their genomes. Every time a cell divided, a new edit mark integrated into its DNA creating a unique combination over many rounds of division. By analyzing the collective signature of edits picked up by a cell, the team could trace its entire history.

For instance, the developers were able to track the origin of cells in the heart, limbs, and placental tissue of a 12-day-old mouse embryo. And in another demonstration, when they compared the barcodes of brain cells taken from the analogous regions of different sides of two mouse brains, those labels were more similar to each other (suggesting a recent developmental divergence) than to their neighboring neurons of the same hemisphere. This implied that the brain’s front to back axis forms before its left to right one.

According to Nature, Jan Philipp Junker, who studies quantitative developmental biology at the Max Delbrück Center for Molecular Medicine in Germany, says individual cells need to be tagged and studied instead of a group within a specific tissue so as to have a better resolution of cellular history.

The researchers plan to refine this new method to trace the history of every single cell in a fully developed organism. “Being able to record cells continuously over time is a huge milestone in developmental biology that promises to exponentially increase our understanding of the process by which a single cell grows to form to an adult animal and, if applied to disease models, it could provide entirely new insights into how diseases, such as cancer, emerge,” Donald Ingber, director of the Wyss Institute for Biologically Inspired Engineering at Harvard University, tells The Gazette. 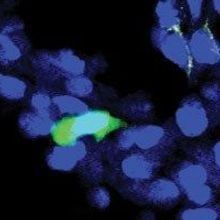 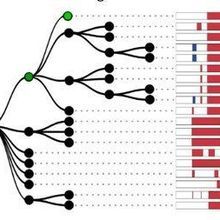