The ability of CRISPR gene-editing technology to safely modify human embryos has been cast into doubt after several recent papers described massive disruptions to DNA in embryos subjected to editing.

Each of the three papers, published this month without peer review on the preprint server bioRxiv, intended to edit only a single gene. But results showed large-scale, unintended DNA deletions and rearrangements in the areas surrounding the targeted sequence. While past research has shown that gene editing can lead to mutations far away from the targeted region, these studies instead draw attention to more localized damage involving larger sequences of DNA that could be overlooked by traditional safety screenings, Nature reports.

These studies were intended only for research purposes, meaning the embryos were destroyed after the experiment ended. But in response to their findings, many researchers are voicing their objections to further editing. The field itself is still grappling with the fallout from the birth of twin girls as a result of highly controversial CRISPR experiments carried out by He Jiankui at the Southern University of Science and Technology in China in 2018.

“There’s no sugarcoating this,” Fyodor Urnov, a geneticist and CRISPR researcher at the University of California, Berkeley, who was not involved with the research, tells OneZero. “This is a restraining order for all genome editors to stay the living daylights away from embryo editing.”

In the first study, published June 5, researchers at the Francis Crick Institute used CRISPR to remove the POU5F1 gene—an important contributor to embryonic development and stem cell pluripotency—in 18 embryos. When they analyzed the effect of the deletion on the genome, they unexpectedly found that eight of these embryos contained additional abnormalities, four of which involved substantial DNA rearrangements and deletions of several thousand base pairs.

A second group from Columbia University attempted to modify embryos with a blindness-causing mutation in the EYS gene, the most common gene implicated in the onset of a degenerative eye condition called retinitis pigmentosa. But in addition to the expected changes, they reported on June 18 that almost half of the 23 embryos also lost large chunks of the chromosome on which EYS is located. In the most extreme cases, the chromosome disappeared entirely.

Lastly, a study published June 20 by researchers at Oregon Health & Science University similarly focused on correcting a mutation in the MYBPC3 gene that is known to cause a heart condition. While they were successful in repairing the damage in close to half of the 86 embryos—a complement to their pioneering work in 2017—the authors also reported large disruptions in the chromosome containing the gene.

Taken together, these three studies highlight the contrast between off-target effects, which happen when the CRISPR tools edit someplace unintended, and on-target edits, in which the changes are properly localized but have some unintended consequence. In each case, the on-target effects were unexpected.

“What that means is that you’re not just changing the gene you want to change, but you’re affecting so much of the DNA around the gene you’re trying to edit that you could be inadvertently affecting other genes and causing problems,” Kiran Musunuru, a cardiologist at the University of Pennsylvania who was not involved in any of the studies, tells OneZero.

These problems also show just how little is known about the ways in which the body naturally repairs molecular cuts to the genome made by CRISPR technology, Nature reports. Rather than neatly heal the newly cleaved ends of DNA subjected to editing, the mechanism can sometimes be faulty, leading to degraded or broken DNA.

Speaking to Nature, Urnov says these on-target effects warrant the attention of researchers moving forward. “This is something that all of us in the scientific community will, starting immediately, take more seriously than we already have. This is not a one-time fluke.” 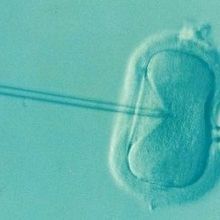 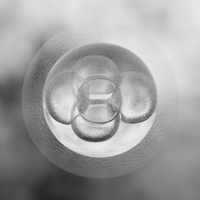 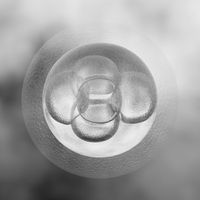