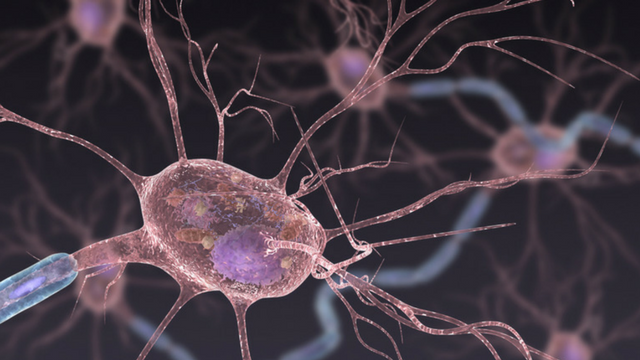 “The treatment did not make the ALS mice normal and it is not yet a cure,” study coauthor David Schaffer, a professor of chemical and biomolecular engineering at the University of California, Berkeley, says in a press release. “But based upon what I think is a really strong proof of concept, CRISPR-Cas9 could be a therapeutic molecule for ALS.”

ALS, or Lou Gehrig’s disease, affects some 20,000 Americans and is characterized by the premature death of motor neurons in the brain stem and spinal cord. The disease causes progressive muscle deterioration and eventually results in paralysis and death. There are no available treatments to delay the muscle wasting and currently approved drugs can extend survival...

Schaffer and his colleagues suspected that ALS could be treated through genome editing because some forms of the disease (around 20 percent of inherited forms and 2 percent of all cases) are caused by dominant mutations in a gene that encodes superoxide dismutase 1 (SOD1), an enzyme that helps protect cells against toxic free radicals.

The scientists delivered a gene encoding a Cas9 protein designed to excise the SOD1 gene into a mouse model of ALS along with a viral vector capable of penetrating the spinal cord to access the nuclei of affected motor neurons.

Compared with untreated mice, the treated rodents experienced an overall improvement to their condition—a 37 percent delay in disease onset and a 25 percent increase in survival. They lived about one month longer than the untreated animals, which had a lifespan of around four months.

This treatment is only relevant to a very rare form of ALS and more work is needed to determine its effectiveness, Eric Topol, a geneticist at Scripps Research Institute who was not involved in the study, tells Gizmodo. However, he adds, “the results were nonetheless encouraging with many positive neurologic signs and delayed onset.”

Schaffer’s current goal is to design a highly modified adeno-associated virus, or AAV, that not only targets motor neurons, but other cells that appear to harm them. “I tend to be really cautious, but in this case, I would be quite optimistic that if we are able to eliminate SOD1 within not just the neurons but also the astrocytes and supporting glia, I think we are going to see really long extensions of lifespan,” he says in the press release.

Modified AAVs have been employed as delivery vehicles for gene therapy against other diseases, including a rare form of genetic blindness (which was approved for use in humans by the US Food and Drug Administration this week), as well as mouse models of Duchenne muscular dystrophy and Huntington’s disease.

“Taken together with the recent, very promising initial gene therapy results for patients with Huntington’s Disease, we’re seeing some new therapeutic doors to some of the most serious nervous systems diseases,” Topol tells Gizmodo.