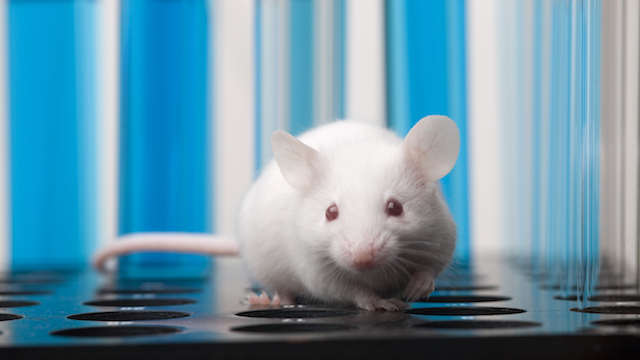 ISTOCK, DRA_SCHWARTZUsing CRISPR, researchers have successfully treated congenital muscular dystrophy type 1A (MDC1A), a rare disease that can lead to severe muscle wasting and paralysis, in mice. The team was able to restore muscle function by correcting a splicing site mutation that causes the disorder, according to a study published today (July 17) in Nature Medicine.

“Instead of inserting the corrected piece of information, we used CRISPR to cut DNA in two strategic places,” study coauthor Dwi Kemaladewi, a research fellow at the Hospital for Sick Children (Sick Kids) in Toronto, explains in a statement. “This tricked the two ends of the gene to come back together and create a normal splice site.”

By targeting both the skeletal muscles and peripheral nerves, the team was able to improve the animals’ motor function and mobility. “This is important because the development of therapeutic strategies for muscular dystrophies have...

“The robustness of the correction we see in animal models to me is very encouraging,” Amy Wagers, a biologist at Harvard University who was not involved in this study, tells the Toronto Star.

Wagers’s group and others have used CRISPR to fix a protein deficiency in adult mice with another rare muscle disease, Duchenne muscular dystrophy (DMD). Kemaladewi and colleagues have also tackled this disorder—in a 2015 study, their team used the gene editing tool to remove a duplicated gene and restore protein function in the cells of a patient with DMD.

See “CRISPR Therapy in a Dish”

“For the first time it’s possible to think about—and this is still at the thinking stage, let’s be clear—the possibilities of gene correction in humans with these diseases,” Janet Rossant, a stem cell and developmental biologist at Sick Kids who was not involved in the research, tells the Toronto Star.