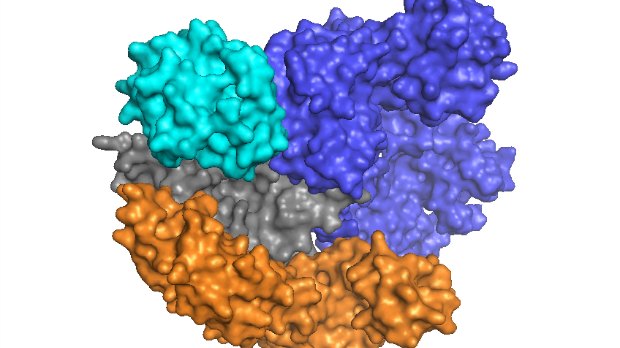 WIKIPEDIA, BEN.LAFRANCECRISPR is best known for its use in gene editing—slicing up base pairs to disable genes or correct genetic sequences. But by neutering the Cas9 nuclease typically involved in CRISPR, researchers can instead regulate the activity of a targeted gene. Using this approach, scientists have boosted levels of a protein in cells from a patient with a genetic disease called Duchenne muscular dystrophy (DMD).

People with DMD, a severe neuromuscular disorder, don’t make the protein dystrophin. But its absence can be compensated for by utrophin, a cytoskeletal protein. So Ronald Cohn of the Hospital for Sick Children in Toronto and his team used CRISPR to turn up production of utrophin.

“Remarkably, we demonstrated that several [single guide] RNAs targeting either promoter A or B upregulated utrophin amounts such that they were 1.7- to 2.7-fold or 3.8- to 6.9-fold, respectively, higher than basal amounts,” the authors wrote in their...

The study offers a potential therapeutic strategy to deploy CRISPR to treat this disease. “Even a modest ~1.7-fold increase in the amount of utrophin (in comparison to basal amounts), as observed with sgRNA A2, was accompanied by restored amounts of β-dystroglycan, providing evidence for the functional relevance of this strategy,” Cohn’s team wrote.

In a press release, Cohn said that the biggest challenge will be to figure out how to develop such a treatment and deliver it to patients. His group is next working to develop a mouse model of this particular patient’s disease.

Personalized gene editing using other techniques has had some success. For instance, doctors reported in November that they had treated a one-year-old leukemia patient using gene-edited donor T cells. In this case, TALENs were used to manipulate the cells’ DNA, and so far, the child has survived cancer-free. Others have employed zinc-finger nucleases in experimental therapies to treat HIV, with early success.