FLICKR, WINDELL OSKAYIn a brain-imaging study published in PNAS in December 2013, scientists reported significant differences in brain connectivity patterns between men and women. If confirmed, their finding would overturn the widespread assumption among neuroscientists that sex doesn’t matter when it comes to brain anatomy and function. What’s more, the authors—a group co-led by Ruben Gur at the University of Pennsylvania—suggested that such wiring differences could give rise to behavioral differences between the sexes.

“Detailed connectome maps of the brain will not only help us understand the differences between how men and women think, but it will also give us more insight into the roots of neurological disorders, which are often sex-related,” Gur said in a statement.

But it wasn’t long before the results were called into question. Several researchers pointed out that the authors failed to include data on effect size, making it difficult to verify...

Then, in November 2014, Jürgen Hänggi at the University of Zurich and his colleagues published a study in Frontiers of Human Neuroscience demonstrating that the wiring differences observed by Gur’s team were driven by differences in brain size rather than sex.

To further muddy the waters, researchers who were not involved in either study offer conflicting views on the links among sex, brain size, and the human connectome.

To neurobiologist Larry Cahill’s mind, sex is the biggest factor driving brain size, so even if connectivity differs according to brain size, there is still a strong sex influence, on average, on connectivity patterns. “While we can and should debate what these findings mean,” said Cahill, a professor at the University of California, Irvine, “the findings leave little doubt that there exist striking differences in the ways in which the brains of women, on average, and men, on average, are wired.”

But Cordelia Fine, a neuropsychologist at the University of Melbourne and author of Delusions of Gender: The Real Science Behind Sex Differences, said that “it’s an important and plausible possibility that these wiring differences are largely or entirely an effect of brain size, and may have little bearing on our understanding of sex differences in behavior.”

For their study, Gur and his colleagues used a version of MRI called diffusion tensor imaging (DTI) to construct brain-wiring maps of 949 people (428 male and 521 female) aged 8 to 22. Their analysis demonstrated that, on average, male brains have more connections within each hemisphere than do females brains, whereas female brains tend to have more connections across the two hemispheres. This led the researchers to write that their results “reveal fundamental sex differences in the structural architecture of the human brain.”

As commenters pointed out on the post-publication peer review website PubPeer and elsewhere, the paper did not include estimates of effect size to substantiate such claims. “They report finding significant differences between the sexes, but don’t show the statistics that allow the reader to evaluate the size of any sex difference against other factors such as age or individual variability,” wrote Tom Stafford of the University of Sheffield, at The Conversation. “This matters because you can have a statistically significant difference which isn’t practically meaningful.”

In response, Gur said that one could estimate effect size from the data presented. Indeed, Gerard Ridgeway, who works on statistical analysis of brain-imaging data at the University of Oxford but was not involved in the study, did just that. He calculated an approximate effect size (Cohen’s d = 0.48, compared to 1.72 for height difference) that was “not consistent with the idea that men’s and women’s brains are fundamentally ‘wired’ differently,” Ridgeway wrote at Figshare. Instead, he suggested, connections in the brains of men and women may display subtle differences on average, which can be statistically significant with a large sample size.

Even so, Ridgeway acknowledged that there are no objective thresholds for “small” or “large” effects. And Cahill argued that even small effect sizes can be important. “It’s incorrect to think the only statistically significant findings we have to worry about are ones with large effect sizes,” said Cahill. “The vast majority of biomedical research has relied on statistical significance, independent of effect size, and that’s perfectly justifiable.”

Another criticism of the 2013 PNAS paper was that Gur and colleagues didn’t rule out alternative explanations for the brain wiring differences. “The authors paid no attention—either empirical or conceptual—to the possible role of gendered experiences . . . in female/male differences in brain or behavior,” Melbourne’s Fine wrote in an e-mail to The Scientist.

Further, she added, “the authors didn’t consider that their findings reflect different wiring solutions between larger and smaller brains, rather than sex differences per se.” Zurich’s Hänggi and colleagues had also suspected as much. When a comment they submitted to PNAS detailing this alternative explanation was rejected, the researchers instead published a paper in Frontiers.

To test the hypothesis that differences in brain wiring are a function of brain size, Hänggi and colleagues used DTI to examine connectivity patterns in 138 human brains (69 male and 69 female). They found a clear link between brain size and wiring pattern: intrahemispheric connectivity was stronger in larger brains, the researchers found, irrespective of sex.

What’s more, Hänggi’s team was able to replicate Gur’s finding—a correlation between sex and brain wiring pattern—in a random subsample including only 27 male and 27 female brains. Then, to investigate the effect of sex differences independent of brain size, the researchers compared the size-matched brains of 27 men and 27 women. In groups with equal brain sizes, there was no significant correlation between sex and connectivity pattern. “The apparent sex effect disappeared,” said Hänggi.

Gur does not agree. “I don’t think their own data support their conclusions,” he said of Hänggi’s results. “With such a small sample, to claim that they can explain all the differences in connectivity by brain volume, and to do that by picking all sorts of subsamples, makes no sense.” Gur added that his group had covaried for brain size in their original analysis, finding that the sex effect remained. “It attenuated, but it did not go away,” he said of this secondary analysis, which the researchers did not include in the manuscript they submitted to PNAS.

UC Irvine’s Cahill added that even if Hänggi’s results stand up, they don’t negate the finding that there is a difference in wiring patterns in the brains of men, on average, compared to those of women, on average. “What is the single largest factor we have that distinguishes the big-brained and small-brained groups [in Hänggi’s study]?” he asked. “It’s sex. So even if we grant that Hänggi et al. are correct that brain connectivity differs according to brain size, we still have the same sex influence, on average.”

For Cahill, Hänggi and colleagues are operating under a false assumption of what constitutes a sex difference. Of course, some women will have bigger brains than some men, just as some women are taller than some men, but on average men are taller than women, and have larger brains. “It’s not a binary difference, like penis and vagina,” said Cahill. “That’s why I prefer the term ‘sex influence.’ Different brain size is a consequence of sex, so—directly or indirectly—the difference in brain connectivity is influenced by sex.”

But Hänggi maintained that brain size trumps sex in its influence on brain wiring. “Assuming that brain sex and brain size are highly correlated, similar effect sizes should have been reported in both studies,” he wrote in a follow-up e-mail. “However, the strongest effect size reported by Gur and colleagues, who investigated 949 subjects, was approximately d = 0.482. We investigated only 138 subjects, but we found effect sizes [for brain size] that were twice or three times times larger (d = 1.65).”

If Hänggi is right, and what was presented as a sex effect is indeed a brain-size effect, Fine noted that this finding would have implications for the work of neuroscientists trying to explain behavioral differences between the sexes. “Unless we have a reason to think that, due to their different brain connectivity, larger-brained men differ psychologically to smaller-brained men, and ditto for females, it no longer seems likely to be of profound behavioral importance that, overall, females and males have different patterns of connectivity,” she said.

Editor’s note (January 19): This article has been updated to clarify Cordelia Fine’s position with the addition of a quote in the seventh paragraph. 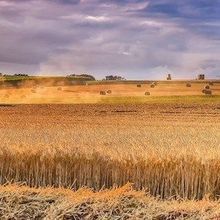 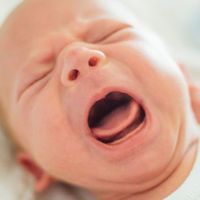