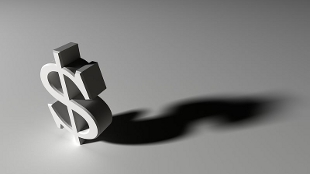 When a scientist or doctor has a financial conflict of interest, open disclosure in scientific publications might actually backfire and make bias worse, warn the editors of PLoS Medicine in an editorial out today (April 23). Furthermore, disclosure policies in general do nothing to confront the issues of the conflicts of interest themselves, they write. So what can be done?

“The reliance that many of us in the medical and publishing communities have on disclosure policy is problematical,” said Jocalyn Clark, senior magazine editor at PLoS Medicine and one of the authors of the new editorial—“both because it leaves the real question of the conflict of interest unaddressed, but also and more importantly, because…disclosure may actually be worsening the problem.”

Indeed, a study by George Loewenstein of Carnegie Mellon University in Pittsburgh and colleagues suggests that bias may be greater when conflicts of interest are disclosed....

So, said Clark, “we probably have to consider that disclosure alone is not a good enough solution.” In particular, to help minimize bias from medical research and reporting, it may be necessary “to exclude people who have links [to industry] from contributing to the journal,” she added, referring specifically to opinions and commentaries. “Evidence amassed over decades says that any link to a commercial company can create the possibility of bias.”

But a blanket policy of banning any author with industry links from writing commentaries is rather extreme, said Eric Campbell of Harvard Medical School. “[I’m] not sure that is reasonable,” he said. After all, “these relationships are not universally bad and they are not universally good. They have benefits and they have risks.”

Indeed, said Art Caplan of the University of Pennsylvania, “some conflict of interest situations may be highly desirable.” He provided an example from his own experience. “I have a relationship to Johnson & Johnson, which has a terrible problem with a drug that is in short supply because of manufacturing problems, and they want help in terms of figuring out how to allocate the supply of the drug. I’m happy to do it,” he said. It’s a link to a pharmaceutical company and thus technically a conflict of interest, but “that is different from saying I’m giving promotional speeches or I’m on the speaker’s bureau,” he said, referring to the roster of doctors that receive money from a drug company in return for speaking about and promoting that company’s products. The problem with the current disclosure process, he said, is it “doesn’t give you much nuance.” From the readers’ perspective, a conflict of interest is a conflict of interest.

Whether or not journals adopt exclusion policies, Caplan suggests a possible improvement to the disclosure process. “We’ve got the internet. You should put your relationships and what you are doing online and explain what you are up to.”

But even providing such details, while it would certainly give greater insight into individual researchers’ activities, probably won’t fix the bigger problem of  “ritual ignoring of disclosures,” said Campbell.

Ultimately, the conflicts of interests themselves need better management, said Caplan. “University administrators need to come up with coherent generalizable policies for their institutions. Some things are clearly off limits and shouldn’t happen at all, and those should be identified, and then some other things are clearly okay. I think what you do is reason out from the extremes to decide what to do about the middle.”

The good news is this is already happening, said Campbell. “A lot of medical schools have made the decision that speakers bureaus are inappropriate and they have banned them,” he said. “A lot of institutions have said our doctors are not going to take tickets to football games, go out to eat with drug companies, or accept other incentives.”

Dealing with conflicts of interest is only going to get trickier, however, Caplan noted, because of the rising numbers of institutional-level relationships with industry. “The old model was Pfizer hires Joe. The new model is Pfizer hires the entire department of biochemistry… I don’t see that being managed by disclosures of any sort.”