Russian biologist Denis Rebrikov has started editing the GJB2 gene, associated with deafness, in human eggs donated by women who can hear, according to Nature. Rebrikov, a researcher at Pirogov Russian National Research Medical University in Moscow, does not plan to create gene-edited babies just yet. He is studying normal copies of GJB2 to better understand potentially harmful mutations associated with using CRISPR. But his eventual goal is to edit the eggs of deaf women in order to allow deaf couples with GJB2 mutations to have children with functioning copies of the gene and typical hearing. He plans on publishing his work “soon,” reports Nature.

The experiment is similar to work done by researcher He Jiankui, who announced last year that he had created CRISPR-edited twin babies whose genomes were modified in hopes of making them resistant to HIV. The long-term effects of using CRISPR to alter genes are unknown, and Jiankui was widely criticized by the scientific community for his decision to bring gene-edited embryos to full term.

Rebrikov originally wanted to edit CCR5, the same gene that Jiankui worked on, but could not obtain suitable eggs, so he switched to studying GJB2 instead. He still plans to edit the CCR5 gene in the future, he tells Nature, which published a call-to-action against Rebrikov’s proposed research in June.

Sergey Kutsev, the chief geneticist of the Russian Ministry of Health and the chairman of its ethics committee, says that the research is unethical because there are still so many unanswered questions about its effects, reports Bloomberg. “While [Jiankui] worked in secret and was held personally liable for what he did, Rebrikov is declaring his intentions to the world. He’s making all of us responsible to humanity,” Kutsev tells Bloomberg. 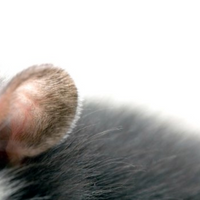 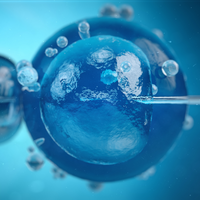