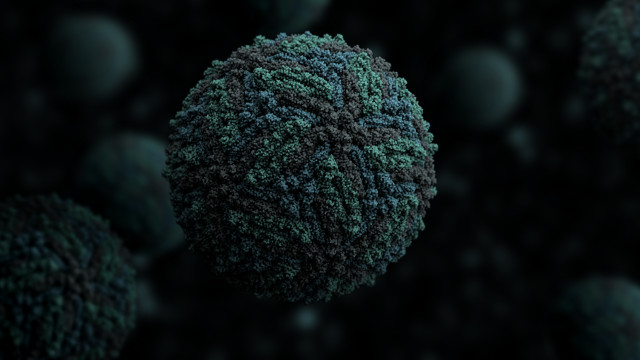 Previous exposure to dengue virus could dampen a patient’s immune response to Zika, and potentially even aid infection, according to recent work carried out by US researchers. In a study published today (August 18) in Science Immunology, the team found that an early memory B cell response to Zika infection in patients who had already been exposed to dengue produced weak antibodies against Zika virus in vitro.

“It’s an important paper,” says Davide Robbiani, who studies cross-reactivity in antibodies for dengue and Zika virus at Rockefeller University, but was not involved in the current study. “It broadens our knowledge of the antibody responses to these viruses and informs how vaccines should be designed.”

At the structural level, Zika virus shows substantial similarities to dengue, another mosquito-borne flavivirus that is endemic to many of the regions now at risk...

In particular, Zika shares substantial portions of the viral envelope protein, or E protein, with dengue’s four serotypes (DENV1, 2, 3, and 4). This same protein is currently being explored for vaccine development.

“Most Zika infections are occurring in people that have pre-existing dengue-specific antibodies, many of which, based on previous studies, you would think would cross-react with Zika,” says Laura Walker, the associate director of antibody-discovery company Adimab. “What we asked was, well, what is the immune response in donors that have these pre-existing antibodies?”

For the current study, Walker and colleagues recruited three recently infected Zika patients living in a region of Colombia where dengue virus is endemic. Preliminary blood tests for the presence of antibodies revealed that all three volunteers had previously been exposed to dengue. The team also took blood samples from a Zika-infected donor in the U.S. who showed no signs of previous dengue infection.

The researchers then measured B cell populations and isolated and characterized hundreds of antibodies from the blood samples of the four donors. They found that the US patient’s blood showed evidence of a small B cell response and the presence of antibodies with low affinity for Zika—a typical feature of early immune reactions to a novel virus.

But the Colombian patients’ blood showed a much larger B cell response, plus antibodies that were broadly cross-reactive with both Zika and dengue—a result likely attributable to a phenomenon, observed in other viruses such as influenza, known as original antigenic sin (OAS).

“Original antigenic sin refers to the propensity of the immune system to preferentially utilize immune memory,” Walker explains. In this case, instead of producing novel and potentially more-specific antibodies for Zika virus, the immune system relies on memory B cells from previous dengue infections to launch an immediate immune response—albeit one that’s potentially less effective against new infections.

In line with previous research, the team found that these cross-reactive antibodies were poorly neutralizing and in fact enhanced Zika infection in vitro. This latter result could be due to antibody-dependent enhancement (ADE) that has already been implicated in dengue and Zika infections in mouse models.

In this scenario, “when you have a dengue antibody that’s bound to virus, but it’s not neutralizing the virus . . . it can facilitate the interaction of the virus with the [target cell],” Walker explains. However, she adds, ADE has not yet been shown to play a role in Zika infection in humans.

The study’s findings help make the case that Zika vaccine development should focus on portions of the E protein that do not show substantial overlap with that of dengue virus, in order to avoid triggering the memory B cell response in dengue-exposed patients.

“If you give a vaccine [based on the full-length E protein] to donors that have been exposed to dengue . . . it’s likely that their early immune response might be composed of mostly these antibodies that are poorly neutralizing,” says Walker. “That’s not good news in terms of protection.” And because potential Zika vaccines are not generally being tested on dengue-exposed patients, “if there is going to be an issue, we might not even see it in clinical trials,” she says.

“The data is very pertinent for the vaccine efforts for Zika,” says Jean Lim, a virologist at the Icahn School of Medicine at Mount Sinai in New York City who recently demonstrated ADE occurring in a mouse model of concurrent dengue and Zika infection. While ADE for Zika has yet to be shown in humans, she notes, the results suggest that although “a Zika vaccine may be safe in areas where dengue does not circulate currently, the efficacy of a vaccine administered in dengue-endemic regions would be vastly different.”

Encouragingly, Walker’s team found that when they followed up with the dengue-infected Zika patients five months later, only about 50 percent of the Zika-attacking antibodies were of the cross-reactive, poorly neutralizing variety. “The other 50 percent, to our surprise, were antibodies that were actually Zika-specific,” Walker says. “They didn’t recognize any of the serotypes of dengue, and most of them were potently neutralizing. . . . So the original antigenic sin antibodies didn’t just take over.”

Her group is now studying a class of these Zika-neutralizing antibodies that they were unable to identify in the current study. “We’re collaborating with a group doing structural studies trying to identify where these antibodies are binding,” says Walker. This work, she hopes, “could reveal new targets for rational vaccine design.”