An 1980, a monk praying in a holy cave in Gansu Province, China came across a fragment of a human jaw. The find may not have surprised him, as the cave, Baishiya, was known locally for yielding animal and human fossils. People sometimes ground up human remains found there to make traditional medicines. But instead of grinding up the mandible, he handed it over to a local religious leader, who in turn passed it along to Guangrong Dong, a researcher at Lanzhou University in China who studied paleolithic fossils.

Thirty years later, Fahu Chen of the Institute of Tibet Plateau Research and Lanzhou University archeologist Dongju Zhang began working with Dong to investigate the mandible and the Baishiya Cave. The same year, a team at Max Planck Institute for Evolutionary Anthropology in Leipzig, Germany reported the DNA sequence...

To aid their investigation of the mandible, Zhang and Chen teamed up with researchers at the Max Planck Institute for Evolutionary Anthropology. Because the mandible hadn’t been found in the course of an excavation, they couldn’t date it based on the materials that had surrounded it, so the team used a chemical crust on the fossil and estimated it to be about 160,000 years ago, dating to era known as the Middle Pleistocene. The researchers’ efforts to extract and analyze DNA from the specimen were fruitless, but they managed to isolate a handful of proteins from one molar and compared them with proteins predicted from the DNA sequences of hominin species and other primates. The closest match: Denisovans.

“It’s the first time that Denisovans are identified far away from the Denisova Cave,” said Jean-Jacques Hublin, a paleoanthropologist at the Max Planck Institute for Evolutionary Anthropology, in a telephone news conference about the findings. Hublin is the senior author on a paper about the findings, which appears today (May 1) in Nature.

“Given that Denisovan DNA is found in present-day people all over Asia, it was almost a matter of time until someone would find a Denisovan at some other place than Denisova Cave,” Svante Pääbo, a geneticist at the Max Planck Institute for Evolutionary Anthropology who led the team that first discovered the Denisovan species, writes in an email to The Scientist. Paabo was not involved in the new study but has collaborated with Hublin and another of its authors in the past.

“[I]t is a pity that DNA could not be retrieved from the mandible,” Pääbo writes. The available proteins carry limited information and are not very different from Neanderthal protein sequences, making it possible that the mandible in fact belonged to a member of that species, he explains. That said, “it is quite likely that this is indeed a Denisovan individual,” he concludes, calling the finding “a very exciting development.”

To Hublin, one of the most exciting aspects of the mandible was where it was found, at 3,280 meters above sea level. Although Denisovans had a gene useful for adapting to high altitudes, there hasn’t previously been evidence that archaic hominins were able to live in especially challenging environments like the plateau, he says—and 160,000 years ago it would have been even colder there than it is now. “If you find the Tibetan Plateau a challenging environment today, I recommend you try [that era],” he told reporters. The idea that hominins at the time were able to cope with its combination of high altitude and cold “blows my mind.” 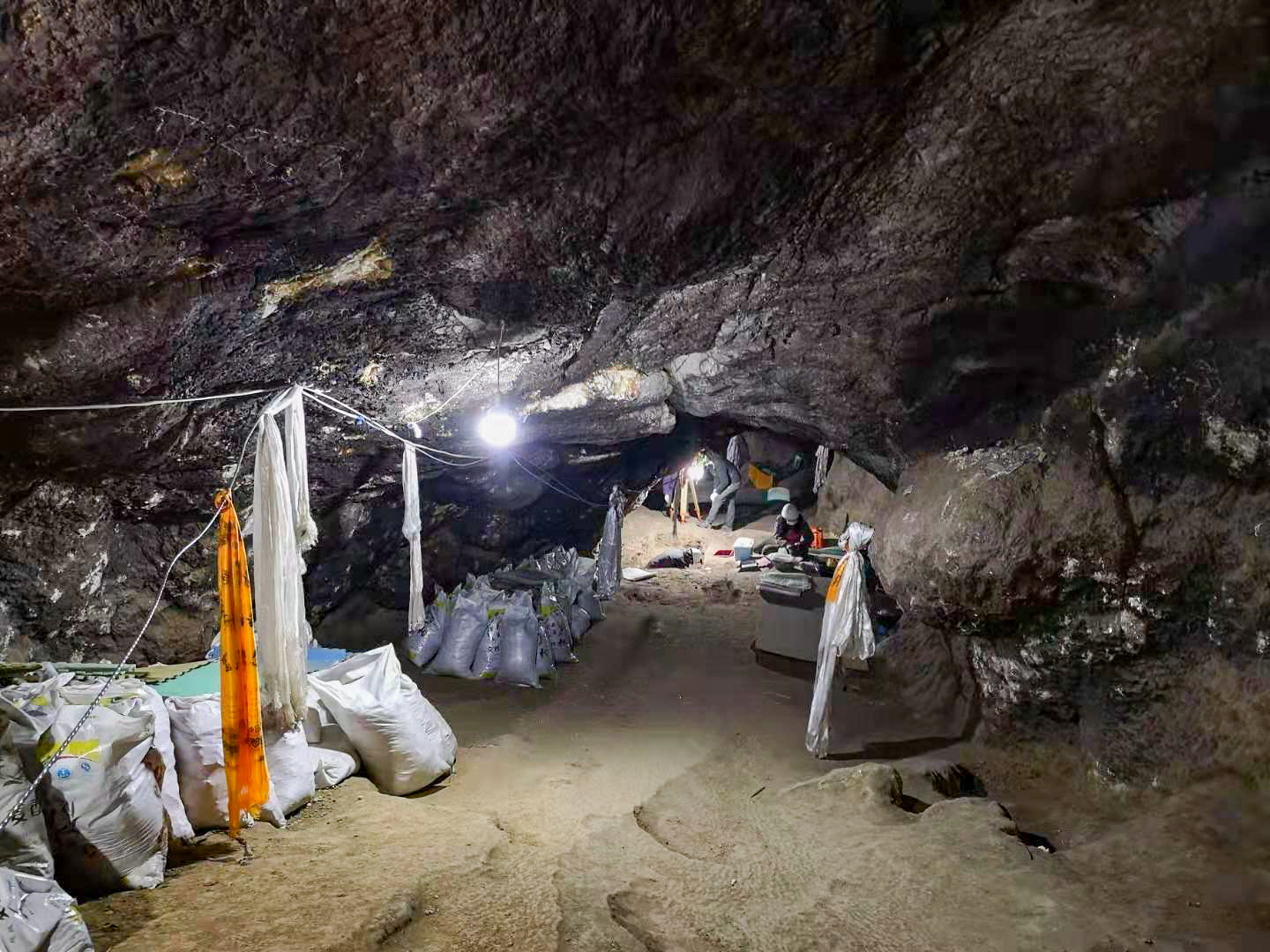 Apart from the information in its proteins, the morphology of the jaw yields a few clues about the appearance of the hominin that it belonged to. Like other Denisovan specimens, this one has relatively large teeth, Hublin says. Based on other characteristics of the jaw, he thinks the individual would have looked somewhat similar to Neanderthals who lived around the same period.

Zhang, who previously participated in an excavation near the entrance of Baishiya Cave, hopes to learn more about the archaic people by returning to the site next summer. The previous excavation of the cave did not turn up additional human remains, but there is plenty more ground to cover, says Zhang, estimating the cave to be about 1 kilometer long.

See “Humans Made Tools Atop the Tibetan Plateau More than 30,000 Years Ago”

Already-unearthed specimens from sites in China will likely yield clues of their own once analyzed for ancient DNA and proteins, says Hublin. Most of what’s been published in Western journals on hominins in the middle to late Pleistocene has been based on specimens from Europe and Africa, but that’s changing, with the East Asian fossil record now gaining more attention, says Melanie Chang, a biological anthropologist at Portland State University who was not involved in the research. New data on archaic people in East Asia “end up changing our interpretations of the middle to late Pleistocene simply because it’s a part of the world and a database that we haven’t looked at as much.”

It’s now clear that “there are at least three different waves of peopling in [East Asia],” Hubin says. “We have [Homo] erectus that were around probably 2 million years ago,” followed by diverse groups of hominins that included Denisovans. “And then there are our species, Homo sapiens, coming much later,” he says. “It’s the emergence of a completely different picture of human evolution in this part of the world.”

Correction (May 2): The original version of this article erroneously stated that the fossil was found in Tibet. It was found in Gansu Province. The Scientist regrets the error.