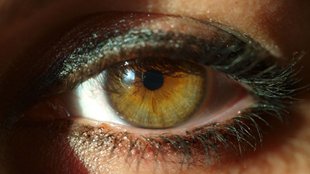 WikimediaPetar MiloševicVisual pigments in animal eyes absorb a variety of different wavelengths of light, yet each contains precisely the same chromophore—the light-absorbing part of the molecule. Now, thanks to an elaborate protein-engineering project, scientists in Michigan have revealed how this same chromophore, called retinal, is capable of detecting different colors in different cells of the retina. As a by-product of the study, published today (December 6) in Science, the researchers have also generated a suite of designer pigments, which have a potential spectrum of applications.

“We started this project from a very esoteric standpoint—what is going on in color vision?” said Babak Borhan, professor of synthetic and bio-organic chemistry at Michigan State University, who led the study. “But we’ve completely moved to a different realm now, that of potential applications.” For example, Borhan’s palette of pigments could be used to tag proteins of interest, color specific...

The ability of a chromophore to change the wavelengths it absorbs—a phenomenon known as spectral tuning—has fascinated biologists for decades, said Tom Sakmar, professor of molecular biology and biochemistry at The Rockefeller University in New York. All animals use retinal for color vision, he explained, but retinal’s absorption properties can range from blue wavelengths right through to reds depending on which photoreceptor proteins, or opsins, they are associated with. “Some animals even have ultraviolet vision,” said Sakmar, who was not involved in the research.

Borhan wanted to understand how these opsins, each of which is expressed in a different type of photoreceptor cell in the retina, influence the physical chemistry of the chromophore to change its light-absorbing properties. Retinal has a strong positive charge at one end, so one of the key theories is that pigment proteins that can distribute the charge along the molecule would lower the electrical energy of the chromophore, causing it to absorb longer, or redder, wavelengths, he explained.

But confirming this suspicion has been problematic, as visual pigments are “notoriously difficult to work with,” said Borhan. To overcome this challenge, the team recruited the help of a gut protein called human cellular retinol binding protein II (hCRBPII), which transports retinol, a close relative of retinal. Importantly, “this family of proteins are known to be vey tolerant of mutations,” said Borhan. “They are very robust.”

The first step was to mutate hCRPBII to enable retinal binding. After that, the team started substituting amino acids in the retinal-binding site of the protein and, bit-by-bit, began altering the distribution of retinal’s electrostatic charge. “From my perspective, these authors engineered the perfect experimental system to study this very interesting problem,” said Sakmar.

Using this systematic and iterative protein design approach, the team not only proved the charge distribution theory to be correct, they also generated a set of pigments with different wavelength absorption properties. One of these pigments distributed the positive charge so effectively that it surpassed the expected upper-limit of retinal’s wavelength absorption. “It’s really a super-red pigment that wasn’t even predicted to be possible,” said Sakmar.

“At the end of the day the authors created a whole bunch of different proteins, each of which has a different color,” said Samie Jaffrey, a biochemist at the Weill Cornell Medical College in New York. “How they got there is very interesting, but so too are the products themselves.”

Jaffrey suggested that the proteins might be useful immediately for coloring specific cell types for histological analysis, or even as food dyes. And in the future, he added, “the design principles that the authors’ used could also be used for improving other light-absorbing proteins, such as channel rhodopsin”—the photoreceptor used in optogenetic applications—“potentially extending the spectrum of light that could be used to activate these proteins.”