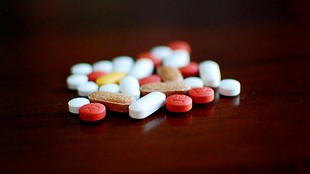 The drug metformin is used in a range of metabolic disorders, but new research published today in Stem Cell demonstrates its capacity to activate a pathway that promotes the genesis of new neurons in the brains of mice, leading to better performances in a spatial learning test.

“It’s gratifying to see it has a role outside diabetes,” said Fredric Wondisford, director of the Johns Hopkins Diabetes Research and Training Center, who was not involved in this study. Wondisford was part of the team that previously discovered metformin’s role in the same pathway in liver cells, where it helps to regulate metabolism.

Study co-author Freda Miller and colleagues were interested in how stem cells in the brain develop and differentiate, and had investigated the aPKC-CBP pathway—which relies on the interaction between CBP, a transcriptional coactivator that regulates gene transcription, and atypical protein kinase C (aPKC)—as an important...

“While it was clear that the phosphorylation site had some role in glucose metabolism in the liver, the fact that it can actually change a developmental program in neuronal stem cells is surprising,” Wondisford said.

Miller and her team further found that metformin promotes the genesis of neurons in both mouse and human tissue cultures, and specifically promotes growth in the olfactory bulb and the hippocampus of adult mouse brains. Moreover, mice given metformin performed better in a spatial memory maze test than untreated mice.

Finding such strong evidence that metformin activates neurogenesis was “much to our surprise,” said Miller who is hopeful that future research may one day extend their findings to the therapeutic repair strategy for a range of brain disorders and injuries.

The fact that metformin is an approved and widely-used  drug provides the unusual advantage of pre-existing large data sets—for both safety and efficacy. For example, early-stage Alzheimer’s patients are commonly prescribed metformin because diabetes, through high insulin levels, may accelerate neurodegeneration. Indeed, one retrospective study has already linked metformin to improved Alzheimer’s outcomes. However, Miller cautions that Alzheimer’s may not be where metformin works best. She thinks more extra neuronal cells are likely to be generated in younger brains, which tend to have more stem cells, and that those new neurons will likely be better utilized because young brains are more plastic overall.

Miller and her team are now looking into the possible benefits of metformin on brains with acquired injuries, such as from physical damage or irradiation following tumor treatment. She hopes brain imaging will help determine whether the hippocampus is undergoing repair, and whether this is associated with behavioral benefits, as with the mice in the maze.