The gut microbiome has been suggested to influence a variety of human health conditions, including autism spectrum disorder. This has led to proposals that altering the microbiome—whether by diet, probiotics, or fecal transfer—might alleviate symptoms. A study published in Cell today (November 11), however, turns this idea on its head. Rather than gut microbes influencing autism spectrum disorder (ASD) behavior, the paper argues, it is the eating behavior of people with ASD that drives the make-up of their gut microbiomes. While the findings raise doubt about the potential of microbiome-manipulating treatments for ASD, not everyone is ready to throw the bacteria out with the bathwater.

Kevin Mitchell, a developmental neurobiologist and geneticist at Trinity College Dublin who was not involved in the study, says he has long had doubts about the contribution of gut microbes to ASD, so when he read the Cell study, he punched the air “because it basically confirms my expectations of what was going on.” Namely, that the microbiome has far less influence on ASD symptoms than the extensive literature would have one believe.

Although some patients with ASD have gastrointestinal issues and unbalanced gut microbes, or dysbiosis, the evidence that this contributes to ASD symptoms is unconvincing, says study coauthor Chloe Yap, a clinician scientist in the lab of neurogeneticist Jake Gratten at the Mater Research Institute, University of Queensland. For example, animal studies showing that the transference of certain microbes into mice can alleviate ASD-like behaviours are hard to interpret, says Yap, because “rodents don’t get autism.”

“There are things we can measure [in animals] that people claim relate to autism in some way,” says Mitchell, “but the evidence base for that is very thin.”

As for studies and trials in humans, in Yap’s view, they have generally been “small and underpowered and . . . the results are actually pretty inconsistent.”

To clarify the issue, Yap, Gratten, and their colleagues went back to basics in a sense, asking if there is any link between gut microbial profiles and various clinical measures in ASD. The team used state-of-the-art DNA sequencing to catalogue the presence, proportions, and diversity of microbial species in stool samples from 247 children, 99 with and 148 without an autism diagnosis. They also “had access to really very deep data that many other studies haven’t had access to,” says Gratten, “including clinical data, data on diet, and also genetic data, and that meant we could really build up a very comprehensive view around factors that might influence the microbiome.”

Armed with this data, says Yap, they were able to ask, “for a given trait, to what extent is the microbiome as a whole associated with that trait?” The overall profiles of the participants’ microbiomes turned out to be strongly linked with traits such as age, diet, and stool consistency, says Yap, but the association with an ASD diagnosis itself was tenuous.

Looking specifically at microbiome diversity, the team found a strong positive correlation with a varied diet. Importantly, this link existed regardless of ASD diagnosis, although ASD-diagnosed kids were more likely to have a restricted and poor-quality diet than those without a diagnosis. The team also found that this diet seemed to be driven by certain traits associated with ASD including restricted, repetitive behaviors and sensory sensitivity.

This “makes sense,” says Yap, “because if you have things that you like doing over and over again, then maybe that also relates to food, and you like eating the same thing over and over again.” Similarly, for sensory sensitivity, she says, a child “might not like the sound of [a certain food] when they crunch it, or the feel of it in their mouth.”

Altogether, the authors say, the findings support a model whereby ASD-associated repetitive behavior and sensory sensitivity lead to limited diet diversity and a consequently limited bacterial diversity in the gut. 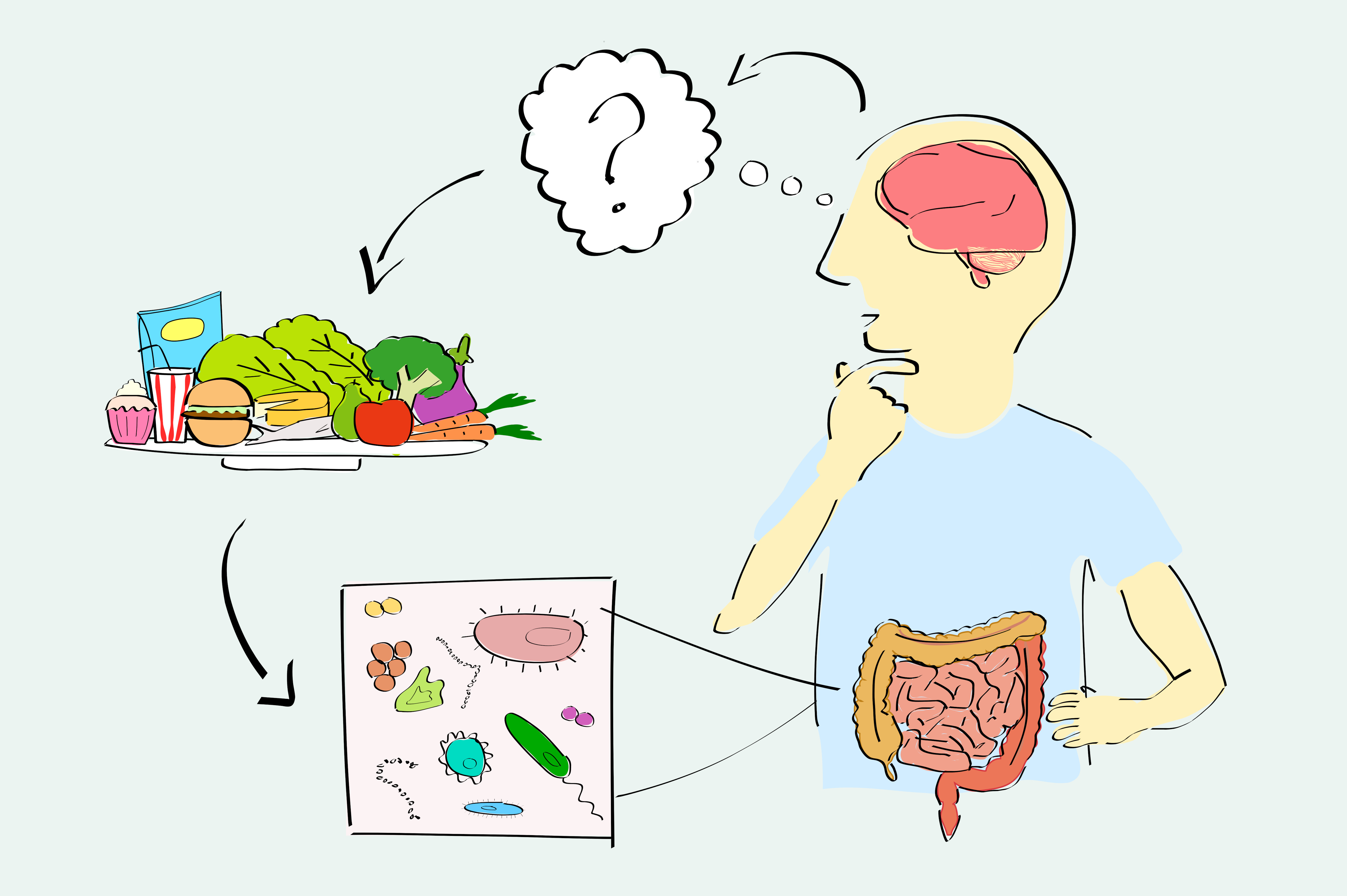 Cartoon of model proposed by the study authors
Chloe Yap

“It’s the reduced dietary diversity which is driving changes in the microbiome and not the other way around,” says Gratten.

Jane Foster of McMaster University in Ontario, who studies, among other things, gut-brain interactions in neurodevelopment and was not part of the research team, takes a different view. “Their suggestion that low diet diversity might drive low microbiome diversity is completely valid, but that doesn’t [mean] that the microbiome doesn’t influence brain development in those kids,” she argues. Indeed, the authors acknowledge that they cannot rule out the possibility that the microbiome, influenced by diet, might in turn affect behavior.

Foster adds that, “the design, the analytics, the approach [of the study] is top notch,” and says she agrees with its central finding. However, the authors’ conclusion was “a little more skeptical than the position I would have taken,” she says.

Because some potentially positive outcomes have been observed in trials, Foster says, the possibility of microbial manipulation therapies needn’t be given up entirely. Instead, what’s necessary, she says, is a better understanding of which kids, if any, are most likely to benefit from a microbiome intervention.

Ultimately, Foster says, the authors “have provided the framework for additional investigators to go beyond their observations,” and their model “is a suggestion to be tested.”