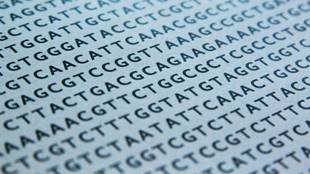 STOCK.XCHNG SCHULERGDAn astounding variety of genetic abnormalities can cause healthy cells to turn cancerous. Few of these are shared among cancers of the same tissue, and fewer still are shared among cancers of different tissues. Nevertheless, scientists searching for such common genetic needles in an array of cancer haystacks document their findings in two papers published today (September 26) in Nature Genetics.

“For the first time we have been able to analyze, across the board, large numbers of tumor samples . . . and also systematically look across different tumor types,” said Chris Sander, chair of the computational biology program at the Memorial Sloan-Kettering Cancer Center in New York, and senior author on one of the new papers. The aim, he said, was to learn about principles of cancer biology that might not have been obvious from previous studies examining one tumor type in isolation.

“TCGA is all about analyzing each tumor type separately,” said Josh Stuart, a professor of biomolecular engineering at the University of California, Santa Cruz, who was not involved in either study. “[But] every time we did the next cancer, we always wanted to compare it to the previous one we’d analyzed because we would recognize some similarities,” he said. The Pan-Cancer Analyses Working Group of TCGA, which is coordinated by Stuart, was thus born.

One benefit of looking at cancer samples from all tissue types is that the pool of data becomes larger, offering more statistical power, Stuart explained. For example, Beroukhim and his colleagues were able to look at a staggering 4,934 samples from 11 different cancer types. Sander’s team, meanwhile, examined 3,299 samples from 12 cancer types.

To determine which of these alterations might be causing cancer, the researchers looked for only those that recurred across various cancer types. By doing so, they whittled down the 200,000 or so loci to just 140. Only 35 of these loci contained known oncogenes or tumor suppressor genes, meaning the remaining 105 contained new cancer-causing candidates to investigate.

Sander’s team—which studied gene mutations and DNA methylation changes in addition to copy number alterations—similarly whittled down many thousands of such genetic aberrations to just 479 that were recurrent across multiple cancer types.

The team then asked which of these 479 genetic events occurred in each cancer sample, paving the way for new categories of cancer based on the particular constellations of aberrations they possessed. Interestingly, the team found that cancers with abundant single gene mutations tended not to have many copy number alterations and vice versa.

“What both groups come to in conclusion is that we have a spectrum of tumors that are driven by copy number abnormalities . . . and then another set of tumors that are driven primarily by a series of mutational events,” said Gordon Mills, chair of systems biology at the University of Texas MD Anderson Cancer Center, who was not involved in the work. “The two papers provide . . . a very cogent argument that these are two of the major driving events,” he said.

Beyond learning more about the mechanisms behind the disease’s origins, said Sander, such pan-cancer studies “might lead to a new kind of clinical trial.” Sander described such studies as basket or matrix trials, in which patients with different tumor types—for example, breast, ovarian, or colorectal—but similar constellations of genetic alterations, would be treated with the same drug or drugs.

Of course, Mills stressed, tissue type is still important. It’s possible that the same mutation in different cancer types could indicate different responses to drugs. “There is an opportunity and even a need for basket trials,” he said, “but while this is extremely attractive, it is clearly a hypothesis that is going to require extensive testing.”