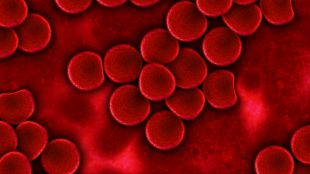 PIXABAY, GERALTFor $699, consumers can send a blood sample to San Diego-based Pathway Genomics, which will scan cell-free DNA for mutations associated with various cancer types and return results in a few weeks. The test is designed to catch cancer before patients have symptoms. While no one is arguing the worthiness of such a goal, experts have noted that the reliability of these tests is anything but.

“I am very reticent to believe a privately funded personal genomics company’s claims when there is no peer-reviewed data to support their tests or technical approaches,” Isaac Garcia-Murillas, an oncologist at the Institute of Cancer Research in London, told The Verge.

The control samples used to build the assay came from patients already diagnosed with cancer. “Detecting cancers in the blood of patients who are known to have cancer is decidedly not the same as detecting cancer mutations in people who...

Consumers interested in the test will have to work through their physician, or a doctor the company recommends. The company’s test is marketed toward people with a known cancer risk, such as a those with a close relative who has had the disease.

Another product offered by Pathway Genomics screens for circulating tumor DNA in patients who already have cancer. “Rising levels of tumor DNA may indicate progression of the cancer before there is clinical or imaging evidence of tumor growth,” Glenn Braunstein, the company’s chief medical officer, said in a press release. “Our liquid biopsy tests may also detect new mutations that occur over time and signal that the patient is becoming resistant to current therapy.”

Marleen Meyers, an assistant professor of medical oncology at New York University’s Langone Medical Center, would like to know: “Does this translate into improved survival?” she told Bloomberg News. “If you’re doing this monitoring every month and you see something a little bit different, should you do something?”

For now, at least according to MIT Technology Review, consumers should not shell out for the test. While liquid biopsies may one day be a boon for early detection, they’re premature. “That’s why Pathway’s test is such a big deal, and possibly such a big problem,” Tech Review noted. “Technically, it’s definitely possible to detect cancer DNA from a blood draw. But the hard work of knowing whether it’s good medicine hasn’t been done.”