Growing to more than 1.5 meters and weighing in at up to 75 pounds, pangolins aren’t meager creatures. They are solitary, insect-eating mammals that come in a range of sizes, yet all are wrapped in a distinctive armor of sharp, brownish scales. Sometimes referred to as “scaly anteaters” due to their diet and appearance, pangolins have recently attracted global attention for their potential role in the ongoing COVID-19 pandemic. The source of SARS-CoV-2, the virus that causes COVID-19, remains unclear, but scientists suspect the coronavirus originated in bats and passed to people via an intermediate host. That intermediate host may have been the pangolin, some studies suggest.

The possible role of pangolins in the new coronavirus outbreak has recently piqued the interest of scientists around the world. But many researchers have been studying pangolins for years, for another reason: the scaly creatures are the most trafficked mammals in the world.

Pangolins are found in Africa and Asia. They are hunted for their pinecone-like scales, which are used in many traditional medicines, and for their meat, which is eaten as a delicacy in parts of Asia and sold at bushmeat markets in Africa—a trade that has threatened the animals’ existence. Of the eight pangolin species that exist, three are listed by the International Union for Conservation of Nature (IUCN) as critically endangered, and the rest are categorized as either endangered or vulnerable. 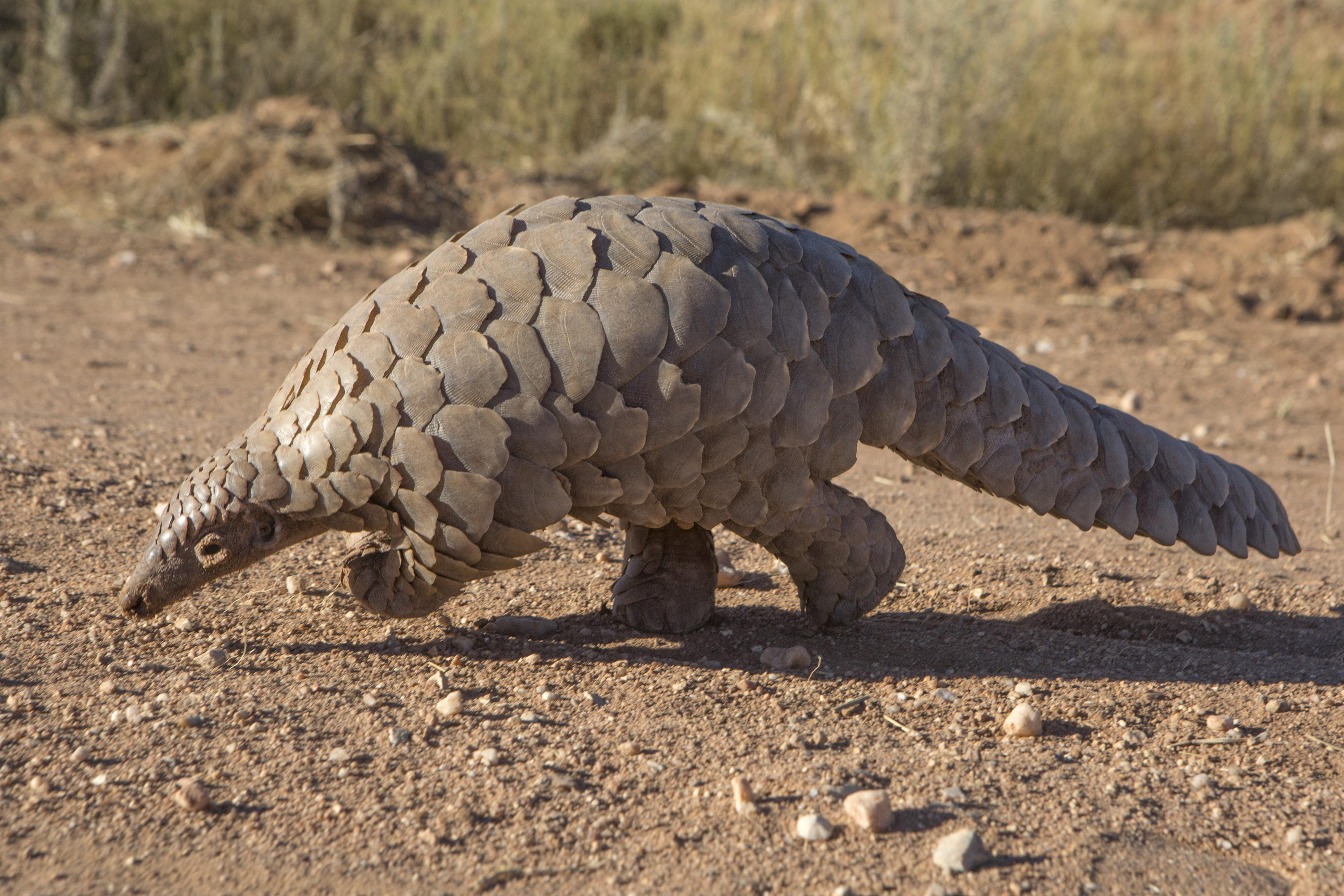 Despite a ban placed on the international trade of pangolins in 2017 at the United Nation’s Convention on International Trade in Endangered Species (CITES), illegal trade networks continue to thrive. In addition, as Asian pangolin numbers dwindled from overhunting, the trafficking networks extended to Africa. “The scale [of the trade] has become much more extensive, much more long distance, compared to 20 years ago,” says Shu-Jin Luo, a conservation biologist at the Peking-Tsinghua Center for Life Sciences in China.

To trace the trafficking networks, Philippe Gaubert, at the French National Research Institute for Sustainable Development in Toulouse, France, is leading PANGO-GO (Pangolins going extinct), a five-year project that aims to apply genomics to help identify and track the origins of illegally traded pangolins. “We are trying to design tools that can be used by institutions, scientists, and NGOs” to help trace and mitigate the trade, Gaubert says. These DNA-based tools, he explains, should help answer three key questions about pangolin scales and body parts seized by authorities: the number of animals that contributed to the seized materials, which species are present, and where they come from.

To develop such a toolkit, Gaubert and his colleagues are studying samples from two types of sources: bushmeat markets in Africa—where the scientists gather samples and interview sellers about the source of their supplies—and collections of specimens at natural history museums. According to Gaubert, gathering live samples is difficult because the pangolin’s solitary nature makes the animals difficult to find in the wild. On top of that, many countries restrict the exportation of samples, even for research purposes.

In Africa, Gaubert’s team is currently focused on the white-bellied pangolin, a small, tree-dwelling species that’s listed as endangered by the IUCN. In 2016, Gaubert and his colleagues identified unique genetic signatures using mitochondrial DNA for six lineages of white-bellied pangolins from six different regions in Africa. Tapping this reference database, Huarong Zhang, a conservation geneticist at the Kadoorie Farm and Botanic Garden in Hong Kong, and colleagues found that scales from the white-bellied pangolin, which made up more than 80 percent of 30 samples seized in Hong Kong, could be traced back to all six regions in Africa.

“We were surprised because the shipments mostly come from Nigeria or Cameroon,” Zhang says. “From our data, it looks like it’s from a wider range of areas, so that suggests that poaching is quite widespread.” While the genetic markers the team used to trace the origins of the pangolins were reliable, Zhang notes that one of the limitations of currently available tools is that they are only able to identify the broad region where the animals are from. To pinpoint the source at a country- or population-level, higher-resolution markers are likely necessary, he says.

Gaubert’s team is working on tools that use identifying markers that are more specific. For a study published this May in Molecular Biology Reports, his group genotyped 37 samples from a market in the coastal city of Douala, Cameroon, and identified 20 short, distinct sequences of DNA known as microsatellite loci. The researchers then used the markers to identify individual white-bellied pangolins and assess the potential geographic origin of the samples. According to the team’s preliminary analysis, the samples came from several different populations within the Ebo forest, which lies just outside of Douala.

The team is also working on developing genomic tools based on single nucleotide polymorphisms (SNPs). The researchers eventually want to compare the efficiency and the cost of these different approaches, Gaubert says, noting that this tradeoff will be important for choosing the best tool for a given situation, considering factors such as budget and the number of samples being assessed.

In the African countries where Gaubert’s team conducts research, the illegal pangolin trade rages on. There have been some signs of its slowing due to COVID-19, especially as global lockdowns keep poachers at home and as pangolins’ link to the coronavirus stoke fears that consuming the animals may be harmful. But that slowdown probably won’t be long-lived; the trade is slowly picking back up, Gaubert says. His team recently launched a project in Ivory Coast, Benin, and Cameroon to screen pangolins sold at bushmeat markets for coronavirus and to survey how COVID-19 has changed consumers’ views of pangolins.

Regardless of public opinion on the animals, determining whether pangolins were an intermediate host of SARS-CoV-2 requires more research. “More studies should be done not only on pangolins but also other illegally-traded [animals],” Luo says. Regardless of which animal passed the coronavirus to humans, the potential for such transmission is one important reason to stop all wildlife poaching and trade, she explains. “Moving wildlife from their natural habitat and increasing the human-to-wildlife contact just provides millions of chances for [such viruses] to emerge.”