Researchers have shown previously that excessive proliferation of the cells of the brain, which can cause macrocephaly, or large head size, is associated with autism. Now, the authors of a study published in Cell Stem Cell last week (January 30) have connected that overgrowth with replication stress, subsequent DNA damage, and dysfunction in neural progenitor cells derived from induced pluripotent stem cells from patients with autism spectrum disorder.

“It is striking,” Bjoern Schwer, a molecular biologist at the University of California, San Francisco, who studies DNA repair and genomic stability in neural cells and did not participate in the study, writes in an email to The Scientist. “These are fascinating findings with many implications for autism spectrum disorder—and potentially for other neurodevelopmental disorders too.”

In 2016, a group led by Schwer and Frederick Alt of Boston Children’s Hospital showed that mice have clusters of double-strand DNA breaks in the genomes of their neural progenitor cells. These hotspots are concentrated in neural-specific genes, which tend to be longer than genes expressed in other cell types and have also been associated with neurological diseases.

Rusty Gage, a neuroscientist at the Salk institute, Meiyan Wang, a graduate student in the Gage lab, and their colleagues collaborated with Alt to explore whether or not these same damaged clusters would show up in the genomes of human neural progenitor cells. Wang went to the Alt lab to learn how to map genome-wide double-strand breaks. Then, she used the technique on several neural progenitor cell lines that had been previously derived in the Gage lab: three from patients with macrocephalic autism spectrum disorder and three from neurotypical controls.

The researchers found that, just like in mice, the double-strand breaks in the typical human cells were concentrated in long neural genes—and in many of the same ones as in the rodents. They also determined that when they treated the human cells with a drug that sped up their replication, the cells ended up with even more DNA damage.

Because the research team had shown before that the cells from people with autism overproliferate even without drug treatment, they hypothesized that those cells would also have more double-strand DNA breaks. That was indeed the case, and they discovered that the cells also spent less time in S-phase, the portion of the cell cycle during which cells replicate their DNA. Plus, replication in both drug-treated typical cells and untreated cells derived from people with autism was disrupted: replication forks stalled more often than in control cells and replication and transcription machinery seemed to be colliding with each other.

“You’ve got a cell that’s replicating its DNA, and at the same time it’s transcribing RNA off that same DNA, so it’s a vulnerable time,” explains Gage. “You can imagine long genes that have to transcribe significantly more than short genes could potentially be more vulnerable to a collision between the machinery that’s associated with replication and transcription.”

Next, the authors demonstrated that replication stress went hand-in-hand with an increase in double-strand DNA breaks in genes that have been shown to play a role in autism spectrum disorder. Then they showed that this DNA damage led to problems with migration and cellular connections. Together, the findings indicate that, in neural progenitor cells derived from people with autism, the overproliferation that causes macrocephaly leads to replication stress, which in turn causes DNA damage in genes associated with autism spectrum disorder and subsequently changes how the cells behave.

The work “provides a general mechanism of how specific somatic mutations could be appearing in neural precursors or, later, in the progeny of these neural precursors, and that could be relevant not only for autism spectrum disorder, but for a lot of other neurological disorders,” says Alicia Guemez-Gamboa, a neuroscientist at the Northwestern Feinberg School of Medicine who did not participate in the study. One future direction, she adds, includes determining if “these double-strand breaks can generate somatic mutations during development that will later contribute to or influence neural function.”

Wang acknowledges that it’s still not known if this DNA damage leads to increased mutations in these cells and, by extension, if there are increased somatic mutations in patients with macrocephalic autism.

Scott Selleck, a molecular biologist at Penn State who was not involved in the study points out that the people with autism from whom the neural progenitor cells were derived had low IQ, which presents another direction for future research. “It’d be interesting to see if they’ve found the same phenomenon in cells from patients that did not display that severe a change in IQ but still had the research level classification of overt autism spectrum disorder,” he says, adding that this line of research could be a way to delineate the role of the mechanisms the authors observed in autism spectrum disorder and low IQ.

Determining whether this DNA damage is a universal feature of autism is of interest to Gage as well. Children with macrocephaly only represent about 30 percent of autism cases, he says, so the researchers want to explore whether the DNA damage and genomic instability they’ve observed are present in other types of autism. 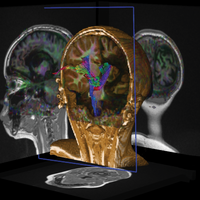