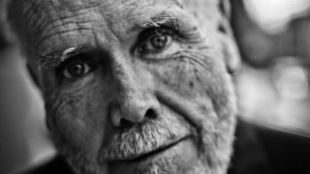 Research is increasingly connecting changes in epigenetic regulation of gene expression  to the aging process. Many studies demonstrate that DNA methylation declines with age. Now, new research published yesterday (July 1) in Nature Neuroscience links DNA methylation with brain aging. Researchers show that levels of an enzyme that attaches methyl groups to cytosine nucleotides throughout the genome is linked to cognitive decline, and that its overexpression can restore performance of aging mice on memory-related tasks.

“We already know normal aging is associated with cognitive decline, but this paper links that with expression a specific DNA methyltransferase,” said Yuan Gao, an epigeneticist at the Lieber Institute for Brain Development in Maryland, who did not participate in the study. The current work also builds on other studies demonstrating that proper regulation of methylation in brain cells is critical to memory formation. Previous studies have suggested a connection...

DNA methylation, wherein a methyl group is attached to a cytosine next to a guanosine, is one form of epigenetic regulation that can modulate how available genes are to the cell’s transcription machinery, and thus how highly expressed they are. Scientists already appreciate how differences in epigenetic regulation can affect development of diseases like cancer, without need for gene mutations. Studies are also accumulating that correlate declining methylation with aging, although the mechanism remains unclear.

Classically, DNA methylation is considered a repressive modification, but that view is beginning to change, suggesting a more nuanced role for methylation in gene regulation, explained senior author Hilmar Bading of the University of Heidelberg. The twist in Bading’s current research is that the methyltransferase his group focuses on, Dnmt3a2, may be working to enable gene transcription, rather than repress it.

This gene-activating role may stem from methylation that blocks repressors, rather than activators, explained Trygve Tollesfbol, who investigates the role of epigenetics in cancer and aging at the University of Alabama, who did not participate in the research. Whether methylation is located in the promoter or body of the gene can also determine whether it inhibits or enhances transcription, explained Guoping Fan, who studies epigenetic regulation of neuron development at the University of California, Los Angeles.

Theorizing that reduced Dnmt3a2-dependent DNA methylation contributed to older mice’s poorer performance on learning and memory tasks, the scientists used an adeno-associated virus to supplement Dnmt3a2 expression in their hippocampal neurons. Boosting its expression enhanced both brain methylation in the older mice, and their ability to learn. Conversely, when the researchers used short hairpin RNA to knockdown Dnmt3a2 expression in young mice, their performance on learning and memory tests worsened.

“I think Dnmt3a2 has a basic gating function,” said Bading. Neurons need to turn genes on and off quickly in response to changing stimulation. Bading hypothesizes that Dnmt3a2-dependent methylation helps keep genes—like brain-derived neurotrophic factor (BDNF) and Arc, both regulated by Dnmt3a2 and both involved in responses to signaling changes—receptive to changing stimulation, putting “the genome in the right state for being inducible,” Bading said. Genes like BDNF shouldn’t be transcribed all the time, but it may be that without Dnmt3a2-dependent methylation, “the door is closed” neurons can’t express them when they need to.

This could set up a vicious cycle, Bading explained, because Dnmt3a2 is also induced by neuronal activity. Less Dnmt3a2 would result in less expression of methylation-dependent genes, possibly including Dnmt3a2 itself, and the effect would worsen over time. “It would take many years to add up, but aging takes years,” Bading noted.

Methylation is unlikely to be the only epigenetic factor in aging, said Tollefsbol, who anticipates similar investigations into other DNA and histone modifications. BDNF itself has already been linked to histone acetylation and brain aging. “A good paper like this raises more questions than it answers,” Tollefsbol noted. “DNA methylation is probably only about a half or third of the [epigenetics and aging] equation.”