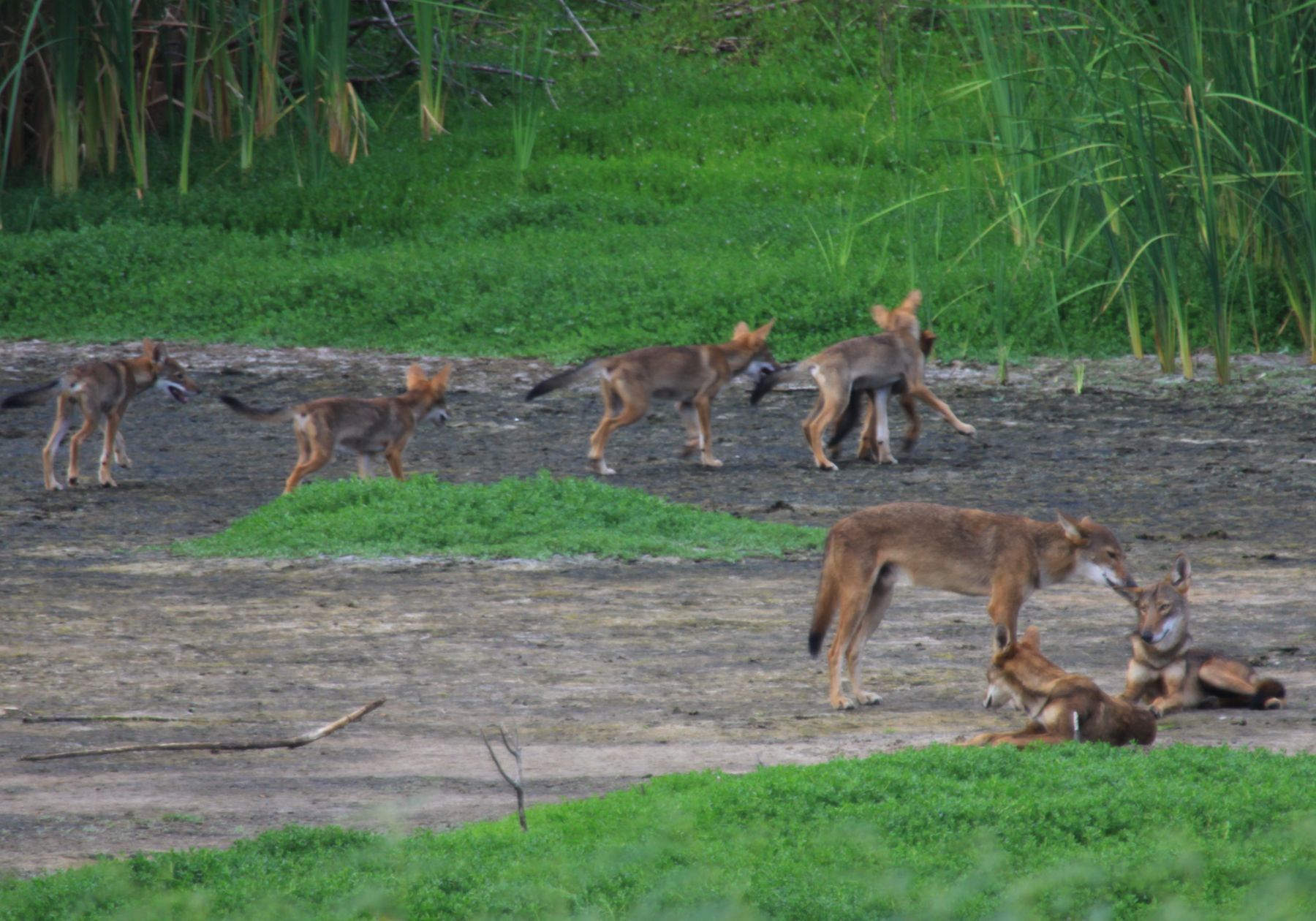 The canine pack that has DNA from red wolves on Galveston Island, Texas
COURTESY OF RON WOOTEN

The range of the red wolf used to extend from Mexico into the eastern US. But decades of hunting by humans, habitat loss, and other factors nearly wiped them out, and wild red wolves were declared extinct in 1980. Yet surprisingly, part of their genome is preserved in a pack of canines living on Galveston Island in Texas, researchers reported December 10 in the journal Genes.

“It’s incredibly rare to rediscover animals in a region where they were thought to be extinct, and it’s even more exciting to show that a piece of an endangered genome has been preserved in the wild,” says one of the study’s authors, Elizabeth Heppenheimer, in a statement.

In the 1970s, the US Fish and Wildlife service captured wild red wolves to start a captive...

Based on genetic analysis, the canines seem to be hybrids of coyotes and red wolves. These canines prefer to mate with members of their own species, but when population densities are low they may interbreed.

These canines in Texas possess some genes not found in captive populations. Some scientists believe that the special DNA of these animals means that they deserve to be protected, the AP reports.

“When the Endangered Species Act was implemented in the 1970s, conventional wisdom was that hybridization between species—such as the wolf and coyote—was rare and to be avoided. But experts say the thinking on that has changed,” writes the AP.