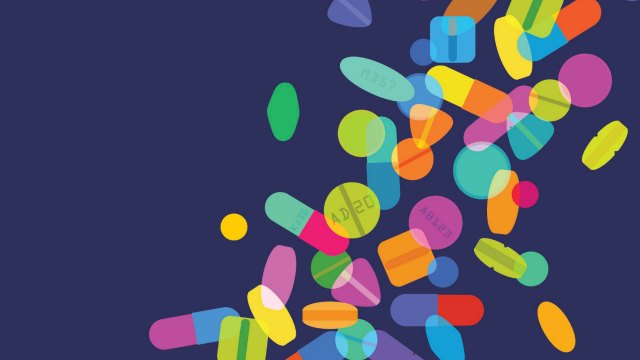 ISTOCK, SMARTBOY10In his 1945 Nobel Prize lecture, Alexander Fleming included the directive, “If you use penicillin, use enough.” Some 70 years later, clinicians and researchers still aren’t always clear on what that means. Surprisingly little is known about how treatment regimens influence the emergence of antimicrobial resistance, both in individuals and in the wider human population.

“It’s quite shocking that we have such a poor knowledge base given how important this is,” says evolutionary biologist Andrew Read of Pennsylvania State University. “It’s hard for me to think of another area of medicine where it impacts almost everybody’s lives and yet we have so little experimentation.”

For some diseases, such as tuberculosis or staphylococcal blood infections, completing the full course of antibiotics is known to be important for making a full recovery. But for other pathogens, the optimal dose is less clear, and despite the dearth of evidence, physicians...

“That’s never made any sense to me. Why would resistance arise if you stop using your antibiotics?” asks biological engineer Jim Collins of MIT. “In fact, I think the adage should be that in order to ensure increased likelihood that you will successfully treat your infection, you should complete your full course of antibiotics, but bear in mind that the risk you run is, the longer you use antibiotics, you increase your risk of developing resistance.”

An analysis by physician and infectious disease researcher Tim Peto of the University of Oxford and colleagues published by the British Medical Journal on July 26 calls for more research into these questions. “The most important thing we’ve done in this article is to highlight the dogma that you should finish the course so as to avoid the emergence of resistance,” Peto says. “That statement has come down from our forefathers and is not based on modern scientific evidence.”

What evidence there is regarding the development of resistance seems not to support medical convention. Solid, clinical data that antibiotic use leads to an increase in the presence of resistant microbes emerged from a double-blind, placebo-controlled study led by Herman Goossens, a clinical microbiologist of the University of Antwerp in Belgium, and published in the Lancet in 2007. Healthy participants received a three- or seven-day course of a macrolide antibiotic or a placebo. The researchers swabbed the subjects’ throats and examined their oral streptococcal flora before treatment, within 48 hours of the end of treatment, and then two weeks, four weeks, six weeks, and six months later.

It’s hard for me to think of another area of medicine where it impacts almost everybody’s lives and yet we have so little experimentation.—Andrew Read,
Pennsylvania State University

The authors showed that selection of resistance happens quickly—within three days—and that resistant bugs were still around in low numbers six months after the initial treatment. “It’s not a matter of five or 10 days. It’s [within] a few days that you destroy the susceptible bacteria in the normal flora and select for the resistant ones,” says Goossens.

The risk for developing resistance increases because the longer a population of microbes is exposed to a drug, the more opportunities they have to develop resistance to it or for already resistant bugs to proliferate. And in a 2010 study published in Molecular Cell, Collins and colleagues showed that sub-lethal doses of antibiotics can induce mutagenesis in bacteria and lead to an increase in multidrug resistance.

These findings highlight the need to understand the link between antibiotic dosing and resistance. But “the implications are really specific for the antibiotics and the resistant mechanism that we have studied,” explains Goossens. “It’s a very complex relationship between antibiotic use and resistance, and every antibiotic has selection potential. . . . So it’s difficult to extrapolate the data from one finding to another situation.”

To examine the effects of many different antibiotic regimens on various microbes, researcher and pharmacist Jason Roberts of the University of Queensland in Brisbane, Australia, uses an in vitro model system. In a series of pumps connected to flasks containing microbiological media, Roberts’s group cultures microbes and adds in antibiotics so that both bacteria and drugs are present at levels comparable to those found in patients.

Over the course of time that the antibiotic would be used in the clinic, the researchers monitor bacterial levels and when the bugs begin to lose their susceptibility to the drugs. As in Goossens’s clinical trial, Roberts often sees resistance arise in vitro after just two days. In this system, his group can carefully modulate dosing to find a treatment that kills the bacteria, while also minimizing the emergence of resistance.

“At the moment, we’re defining what those doses of drug that we need to trial are,” says Roberts. “Once we’ve defined that, if they are within what we consider to be a safe administration of the drug, then we’ll take them forward into a clinical study.”

That’s never made any sense to me. Why would resistance arise if you stop using your antibiotics?—Jim Collins,
MIT

In between the high and low doses is likely to be the peak of evolution of resistance, according to Read. His group validated their predictions in vivo in a study published in PLOS Pathogens in 2013 using a mouse model of malaria. They showed that less aggressive treatment, which yielded good clinical outcomes for the mice, resulted in lower selection for resistance than did aggressive treatment. “The analysis suggests that you don’t need to experimentally try every dose, you just need to try the top and the bottom of the therapeutic window,” says Read.

A new clinical trial in the U.K. is doing just that in children with community-acquired pneumonia. The study will compare clinical outcomes for low and high doses, as well as three- and seven-day courses, of amoxicillin. Researchers will also investigate how the treatment regimens affect the development of resistance.

This trial “is the sort of thing we need, and we need it in every context where resistance is a problem,” says Read.

“Doing one study is not going to be sufficient,” agrees Roberts. “One needs to be done for each different infection pathology.”