Adeno-associated viruses are popular vectors for delivering gene therapies to patients’ cells because, researchers believed, the DNA these viruses carry rarely inserts into the host genome. But according to results presented last month (December 9) at the American Society of Hematology (ASH) meeting in Orlando, Florida, this assumption may be wrong. In six dogs that were treated with an AAV-based gene therapy for the blood-clotting disorder hemophilia A, all of them carried the therapeutic DNA within their genomes, and in some cases, the genetic material had inserted near genes known to play a role in cell growth, Science reports.

While integration of therapeutic DNA could help ensure long-lasting expression, physician-scientist David Lillicrap of Queen’s University who was not involved in the work tells Science, but it raises concerns about the cancer risk posed by this supposedly safe viral vector. “We don’t know enough yet.”

Currently, hemophilia is typically treated with infusions of clotting factor replacements, but this requires lifelong administration to keep the disease under control. In the last decade, several trials of gene therapies, many of which use the AAV vector, have shown promise for providing a one-time treatment that gets at the root cause of hemophilia.

Hints that AAV-carried DNA might integrate into the host genome—as opposed to forming a free-floating loop of DNA called an episome—first surfaced some two decades ago, when studies began to show that injecting newborn mice with high doses of the virus can result in transgene insertion. But the research community dismissed the concerns as relevant only to young animals and thus not a concern when it came to treating adults with gene therapy.

The new dog study, from Denise Sabatino of the Children’s Hospital of Philadelphia and colleagues, calls that dismissal into question. Each of the six dogs whose livers were investigated by the team after the original gene therapy study ended carried multiple insertions of the therapeutic payload—the gene for the factor VIII protein that the dogs were missing or regulatory sequences that were also packed into the gene therapy. In some cases, these insertions occurred near genes known to regulate cell growth, and some of those cells had higher rates of division, resulting in pockets of cells containing the same insertions. This points to those AAV-linked genetic changes as a likely cause of the increased cell growth, though more work is needed to confirm that is the case.

Despite the concerning genetic changes, the dogs fared well: their livers were healthy and they had stable, restored levels of factor VIII—a result perhaps due in part to the integration of the therapeutic DNA. Still, some gene therapy researchers are concerned about the possibility of those clusters of cells developing into tumors. “What if the dog lived another 5 years?” Charles Venditti of the National Human Genome Research Institute who was not involved in the project tells Science. Researchers who spoke with Science emphasize the importance of monitoring patients who have received AAV-delivered gene therapy for cancer—perhaps for a longer period of time than the five years required by the US Food and Drug Administration.

Correction (January 15): The original version of this story incorrectly stated that the dogs in the study had hemophilia B. In fact, they had hemophilia A. The Scientist regrets the error. 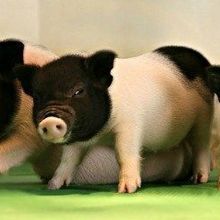