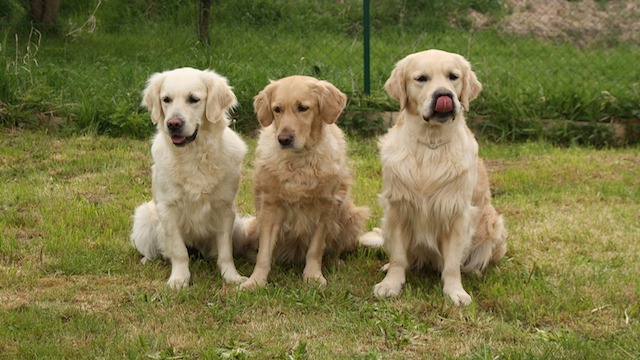 Like humans, some golden retrievers develop Duchenne muscular dystrophy (DMD), a hereditary muscle wasting condition that begins early in life. Using gene therapy, scientists were able to restore muscle function in dogs with the disease, according to a study published today (July 25) in Nature Communications.

Researchers injected microdystrophin, a shortened version of the dystrophin gene that individuals with DMD lack, into 12 dogs with the disease. The treatment led to improved muscle function in those animals for more than two years.

“This preclinical study demonstrates the safety and efficacy of microdystrophin, and makes it possible to consider developing a clinical trial in patients,” study coauthor Caroline Le Guiner of the Université de Nantes in France, says in a statement. “Indeed, this is the first time that it has been possible to treat the whole body of a large-sized animal with this protein.”...

Scientists have also used CRISPR to correct the disease-causing mutations in mouse models of DMD and in the cells of a human patient with the condition.

“This [study] is very encouraging, as current treatments for muscular dystrophy are merely palliative and patients are under constant medical care throughout their life,” John Counsell, a research associate at University College London who was not involved in the study, in a statement published by the Science Media Center. “Further preclinical trials will be required to show that this treatment can be effective in patients.”