Two groups of researchers are questioning the results of an endeavor reported last year in which scientists edited the genomes of human embryos using CRISPR-Cas9. One team describes in Nature today (August 8) that when a similar method is applied to mouse embryos, their genomes end up with long deletions. The other critique lays out possible alternative explanations for the findings of the original study, specifically, the molecular mechanism by which the DNA is repaired after the nuclease cuts it.

The original authors used these challenges to apply extra scrutiny to their approach, and report in the same issue of Nature today that their results stand. “The additional retesting of the samples confirmed our original conclusion that this repair occurred as we described,” Shoukhrat Mitalipov, director of the Center for Embryonic Cell and Gene Therapy at Oregan Health and Sciences University and a leader of last year’s embryo study, says in a press release.

Mitalipov and his colleagues reported last year that they had used CRISPR in human embryos to correct mutations in a gene that causes a heart condition. One of the surprising observations from the experiment was that the DNA stitched itself back up using a repair process called homology directed repair, which copied the sequence from the mother’s healthy allele, rather than using the genetic template the researchers had injected as induced pluripotent stem cells do.

Within short order, skepticism arose. That same month, Maria Jasin of Memorial Sloan Kettering Cancer Center and coauthors published a preprint, one of today’s Nature articles, questioning the mode of DNA repair. And now a second group led by Paul Thomas of the University of Adelaide finds that genetic deletions occur in treated mouse embryos.

“If there’s a large deletion created on the chromosome, you need to look specifically for that event,” Thomas tells Wired. “And if you use the assay they used, a pretty standard assay, that won’t detect it.”

Mitalipov’s group went back to look for deletions but didn’t find any. The team also presented additional evidence that homology directed repair is indeed happening. “As presented, the new data is consistent with gene correction,” Jasin tells Wired in an email. 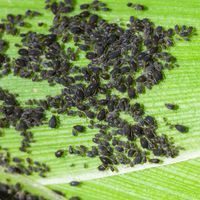 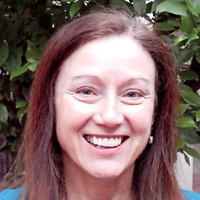