In the never-ending search for ways to help people eat healthy, scientists have been looking into brain stimulation, specifically, sending a weak electrical current to the brain through two scalp electrodes—a technique called transcranial direct current stimulation. It has previously shown promise in limiting both food cravings and consumption in people, but in a study published yesterday (January 9) in Royal Society Open Science, researchers didn’t find any effects of tDCS on food-related behavior, indicating that the technique’s use needs another look.

“The good things about the study are the large sample size and the fact that it’s fairly rigorous,” says Mark George, a psychiatrist and neurologist at the Medical University of South Carolina who did not participate in the study. “The problem [is] interpreting studies where there’s a failure to find. All you can say is that it didn’t work . . . with this group.”

During tDCS, one to two milliamps of electricity—enough to feel tingles or pins and needles, but far less than the 800 or so milliamps used for electroconvulsive therapy—are delivered to the brain. Over the last two decades, scientists have reported targeting the technique to the dorsolateral prefrontal cortex, a brain area that’s been shown to be involved in food-related behavior. They’ve found it has helped people crave less and, to a lesser extent, eat fewer sweets and other tempting foods. Yet these experiments have generally included groups of 20 or fewer people, and other studies have failed to replicate their effects.

In the current study, Cardiff University graduate student Jemma Sedgmond and colleagues set out to evaluate these mixed results by recruiting 172 participants—mostly undergraduate women—with no history of an eating disorder. The volunteers reported hunger and cravings via questionnaire, then received 20 minutes of continuous two-milliamp tDCS or sham tDCS, where after 30 seconds the two milliamps of current were turned down to zero for the rest of the stimulation time. For the last 15 minutes of tDCS, both sets of participants did a behavioral training task designed to inhibit cravings in which they were asked to respond to images of healthy or unhealthy foods, such as grapes and carrots or potato chips and cookies. After the stimulation, they again answered questionnaires about hunger and cravings, and then had access to a snack buffet featuring the same foods they’d just seen in the training task.

The authors predicted that the subjects who received active tDCS would report lower levels of cravings and eat less in the buffet that those who got the sham treatment, but they didn’t see a difference in food cravings or consumption.

Sedgmond says she was initially surprised by the results. “There were lots of factors that may have impacted why we got the results that we did in comparison to other researchers that found a significant effect of tDCS.”

For one, the authors limited tDCS to a single session. Additionally, previous work has raised the possibility that tDCS limits cravings for specific macronutrients, and while participants in this study ate more sweets than unsweet snacks, such as potato chips or cheese, the researchers did not find an interaction between a given food type and the stimulation treatment.

Another reason why this research team didn’t see similar effects as other groups, according to George, could be that participants were asked to do the behavioral training designed to inhibit cravings while receiving stimulation, rather than viewing images of tasty food and allowing cravings during stimulation, as in some other studies. “What we’ve learned in brain stimulation is that what the brain is actually doing while you stimulate likely matters for most things with weak effects, and tDCS has weak effects,” he says. Asking people to inhibit their cravings versus letting subjects crave away might have different effects.

Mary Boggiano, an eating behavior researcher at the University of Alabama at Birmingham who was not involved in the study, has previously found tDCS to be effective in reducing food craving and eating. At the end of December, though, her group published a new study in Appetite, in which some participants were told they were receiving stimulation and others were told they were not, while about half of each group actually did get the real treatment. The subjects who thought their brains were being stimulated both craved and ate less than those who believed they were getting a fake treatment, pointing to the potential effects of people’s expectations on behavioral results, another factor she says could affect this type of study.

Researchers “need to be aware and control for any possible source of placebo effect when they’re running experiments with tDCS,” Boggiano tells The Scientist. “I would be impressed if we started getting more positive results controlling for expectation effects. One thing that we need is for everybody to start reporting how many of their participants guess correctly” about which treatment they’ve received, she says. There’s also the possibility that two milliamps for 20 minutes, as is commonly used for stimulation, just isn’t enough to make changes in the brain that will translate into behavioral shifts, she adds.

The current tDCS protocols give a “one-size-fits-all dose,” George agrees. “But if you look at the other brain stimulation methods, there is no one-size-fits-all. It’s highly variable. And so one of the problems with tDCS as a research tool—and potentially clinically down the road—is that we still don’t know exactly how to dose it with each individual and that may be why some of these studies replicate or don’t replicate.” 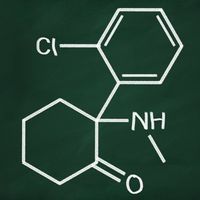 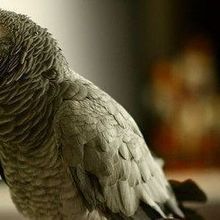