Update (March 25): Duke University has agreed to pay $112.5 million to the federal government to settle a lawsuit related to falsified research data used in grant applications, according to The Chronicle, the school’s independent newspaper.

On December 7, a judge will deliver the terms of a settlement between Duke University and a former employee who blew the whistle on the school’s knowledge of another researcher using fraudulent data in applications for millions of dollars of grant money, according to Science and Retraction Watch.

Joseph Thomas, a former Duke biologist, sued the university in 2015 under the federal False Claims Act (FCA), alleging that his supervisor Erin Potts-Kant used faked data in 60 grant applications worth some $200 million. The university might have to return up to three times that amount to the government under the federal law, with Thomas receiving 30 percent of any payout.

No matter what is decided on December 7, the lawsuit sends a strong message to other universities, particularly private ones. “[G]o back and look at your grants because otherwise, you’re susceptible to a very large and ugly lawsuit that’s going to damage your programs,” attorney Joel Androphy of Berg & Androphy in Houston, Texas, who specializes in FCA cases tells Science and Retraction Watch.

Potts-Kant has had 17 papers retracted and pleaded guilty earlier to embezzling $25,000 from the university. She also admitted to using fabricated data in her work. Diary entries from Thomas’s journal, which were permitted in the case as evidence in September, describe alleged conversations among members of Potts-Kant’s lab indicating they knew about the fake data.

This is not the university’s first brush with use of falsified data. In 2015, a government investigation found former Duke cancer researcher Anil Potti falsified data in several papers and grant applications.

The university may face more oversight in future grant processes. As of March, the National Institutes of Health requires that if any grant recipients from Duke want to change the details of new or existing grants, they must get prior approval from the agency—“a result of its concerns about Duke’s management of several research misconduct cases and grant management issues that date back to 2010, some of which have been widely reported like the Anil Potti case,” according to a letter from the agency to the university. Further compliance requirements could be part of the settlement of the latest case as well, Androphy says. 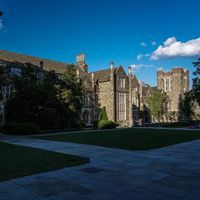 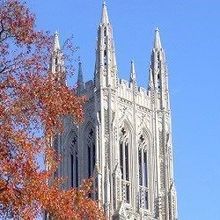