Researchers have assumed that by the time members of the genus Homo, which includes both modern humans and our ancestors, dispersed from Africa, they had large brains organized more like those of people than of apes. In a study published today (April 8) in Science, the authors analyzed the fossilized skulls of hominins, including five individuals who lived in Western Asia more than 1.7 million years ago. These humans had brains that were about half the size of modern brains and organized more like the brains of modern great apes.

“Nobody would have expected the brain of Homo to be apelike,” says Dean Falk, an evolutionary anthropologist at Florida State University and the School for Advanced Research in New Mexico who was not involved in the new work. In a study published last year, she and her coauthors showed that an older human ancestor—Australopithecus afarensis, the species to which Lucy belongs—also had an apelike brain. “Now you look at early Homo, you’re getting reinforcement of this finding that you’ve got apelike-appearing cerebral cortices during the early part of hominid evolution,” she adds. The authors have pinpointed the emergence of a more complex frontal lobe from 1.7–1.5 million years ago, she says. “It’s, to me, shockingly recent . . . and it’s convincing.” 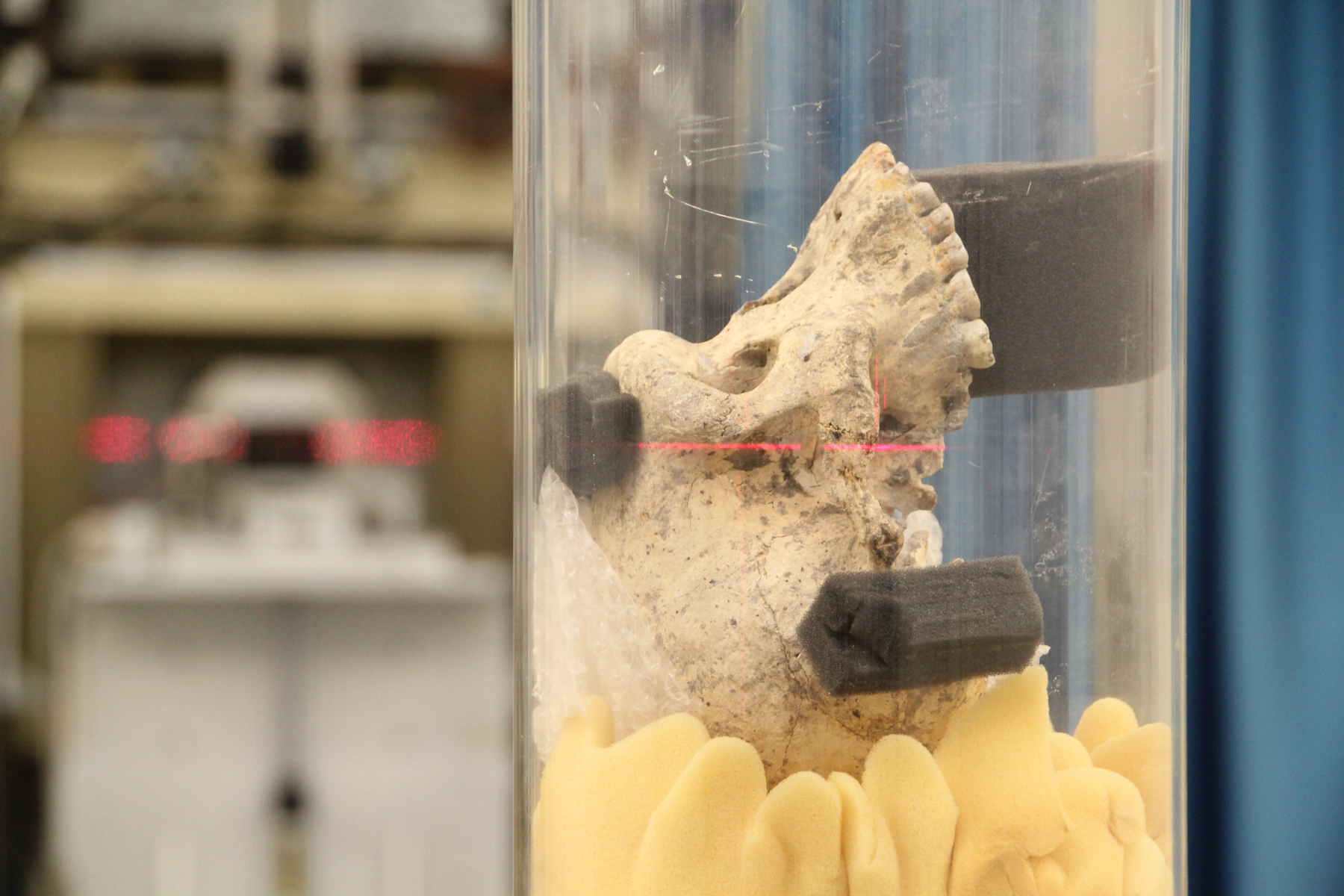 In the mid-1990s, University of Zurich paleoanthropologists Marcia Ponce de León and Christoph Zollikofer started developing techniques to analyze the inner surface of skulls and infer the brain structures of fossilized hominins. Nowadays, they use computed tomography and MRI to evaluate the imprint, which they call an endocast, that a brain leaves on the internal cranial vault.

In the new study, Ponce de León, Zollikofer, and colleagues analyzed for the first time the endocasts of five Homo erectus fossils found in Dmanisi, Georgia, in Western Asia. The fossils date to as early as 1.8 million years ago and are thought to be some of the first Homo individuals to leave Africa. The researchers also studied endocasts from fossilized remains of hominins ranging from 2.03 million to 70,000 years old from Africa, Europe, and other parts of Asia, and those of modern humans, chimpanzees, bonobos, gorillas, and orangutans.

Even if you have kind of an ancestral brain, that doesn’t mean that you are incapable of doing interesting things like venturing out of Africa, caring for elderly people, exploiting meat resources, et cetera.

“The prevailing idea up to now was that human-like brains evolved at the very beginning of our own genus Homo, so probably two million years ago or even earlier,” Zollikofer says. But the researchers found that some of the earliest representatives of the genus Homo—both from Africa and the samples from Dmanisi that were older than 1.7 million years—had brains that were much more similar to those of the australopithecines, the mostly bipedal early hominins such as Lucy, or to modern great apes, in terms of size and organization. “There’s not much similarity with modern human brains,” Zollikofer adds.

By comparing the position of the coronal suture—a part of the skull where the bones knit together—and impressions in the skulls from a groove on the surface of the brain called the precentral sulcus, the researchers were able to narrow down the time range within which modern brain structures evolved to between 1.7 million and 1.5 million years ago. “Even if you have kind of an ancestral brain, that doesn’t mean that you are incapable of doing interesting things like venturing out of Africa, caring for elderly people, exploiting meat resources, et cetera,” says Zollikofer.

In contrast, Homo specimens younger than 1.5 million years from Africa and all Southeast Asian H. erectus remains, ranging in age from about 70,000 to 1.49 million years old, had more human-like brains. 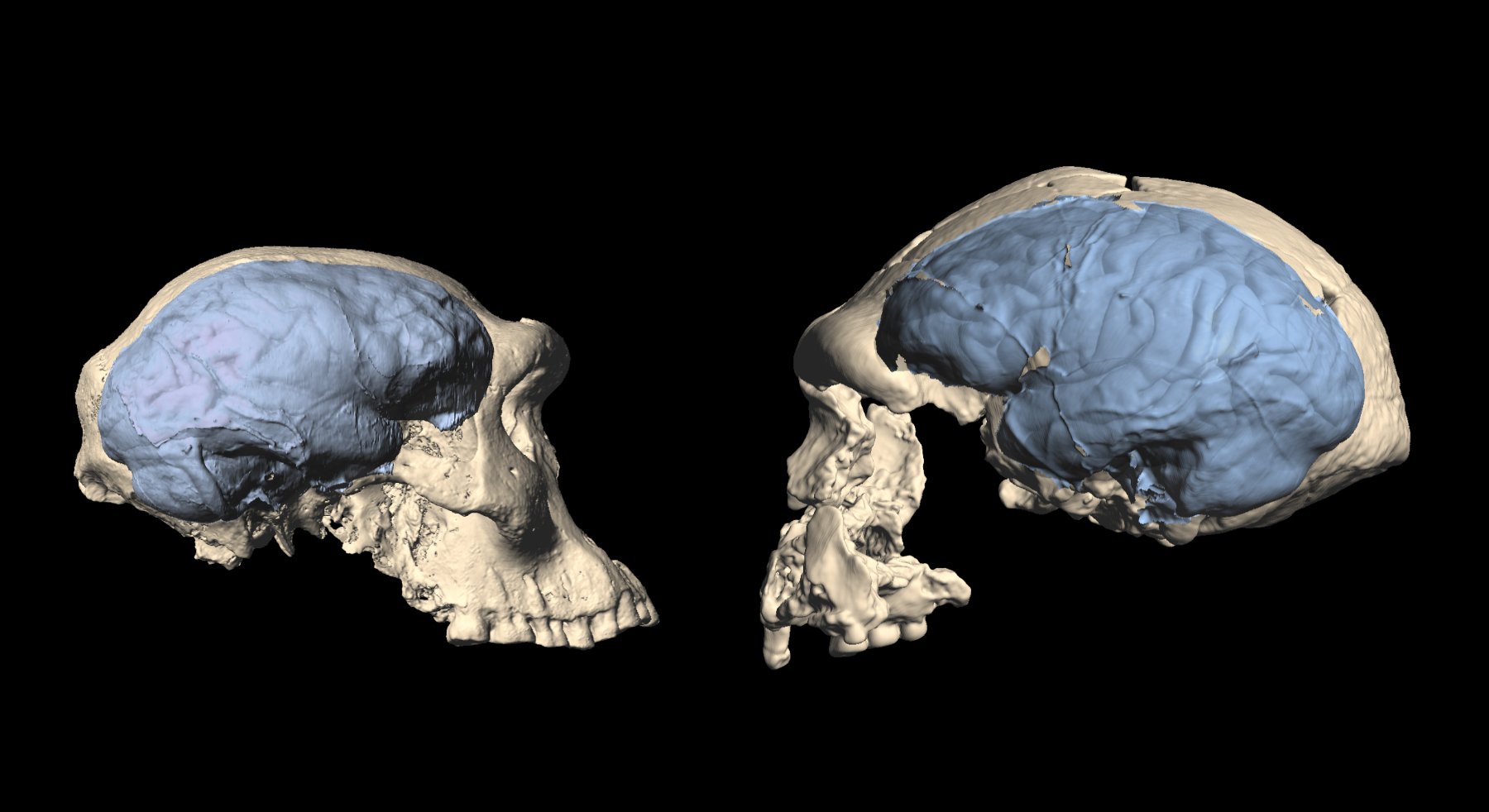 “In their new paper Marcia Ponce de León and her colleagues reinforce this idea of late brain reorganization and argue that even early representatives of the human genus have an apelike organization of the prefrontal cortex,” writes Philipp Gunz, a biological anthropologist at the Max Planck Institute for Evolutionary Anthropology in Germany and leader of the A. afarensis study with Falk last year, in an email to The Scientist. “The implication of these studies is that important aspects of brain reorganization evolved much later in the course of hominin evolution than previously thought.”