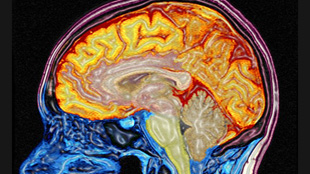 By the time Alzheimer's is detectable, it's too late to change the course of the disease. But changes in protein levels may begin long before any signs of cognitive decline develop, according to a study published this month in the Archives of Neurology. The findings point to early markers that could be used to diagnose the disease before symptoms appear, potentially diverting damage before it’s irreversible.

“It is a fascinating study of differences in proteins by their functions in the cerebrospinal fluid,” Randall Bateman, a neurologist at Washington University in St. Louis, who was not involved in the study, told The Scientist in an e-mail. “The study demonstrates the power of proteomics in analyzing the complexities of human brain metabolism and points to new avenues for research.”

For decades, researchers have known that Alzheimer's patients have certain markers of disease, including...

The trouble is, once symptoms are visible, it's too late to undo the damage or reverse the course of the disease, said lead author John Ringman, a neurologist at the University of California, Los Angeles. To look at the very early stages of the disease, his team focused on hereditary forms of Alzheimer's, which make up about 1 percent of patients. People with one of these genetic mutations are guaranteed to get the disease, often in their 40s, 50s, or 60s. While imaging can hint at cognitive function, looking at the cerebrospinal fluid surrounding the brain provides an “an excellent window into what's going on” as far as the metabolic processes of the brain, Ringman said.

Ringman and his colleagues collected cerebrospinal fluid from 19 individuals, 14 with the familial variant which caused Alzheimer’s and 5 who were not carriers. They isolated thousands of peptides from the study subjects’ cerebral fluid, and found t56 proteins whose levels differed significantly between carriers and non-carriers.

Many of the classic markers of the disease, such as amyloid protein, were elevated in carriers—even those who had no symptoms of disease yet . The team also found several elevated proteins in carriers that were markers of inflammation, which help macrophages mop up debris after damage to neurons, Ringman said. Some proteins associated with synaptic function were also different between carriers and non-carriers, suggesting that “synapses are breaking down very early in the disease,” he added.

Using those who are destined to get earlier onset disease means the results “are less likely to be influenced by aging,” Galasko said. But there are a number of caveats, he added. First off, the study was small, and the protein analysis method they used could potentially cause some false positives and negatives. It's also not clear that those with a hereditary form of the disease are representative of Alzheimer's sufferers as a whole, he said.

Clearly, more work is needed to validate the results in a larger subset of future Alzheimer’s patients, but if they hold up, some of these markers could be used to identify people at risk of Alzheimer's before they have any symptoms. It's possible that administering drugs, such as anti-inflammatory medications, very early in the disease progression could potentially slow or halt neuronal damage and subsequent cognitive decline, Ringman said.