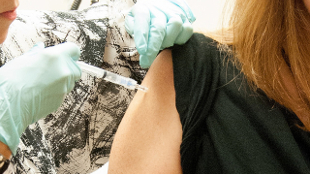 FLICKR, NIAIDIn anticipation of Phase 1 results demonstrating the safety of experimental Ebola vaccines in healthy volunteers, researchers are gearing up for Phase 2 and 3 efficacy studies in the geographical hub of the ongoing epidemic, ScienceInsider reported. In the coming months, two vaccine candidates—one from GlaxoSmithKline (GSK) and another, developed by NewLink Genetics and manufactured by Merck—are expected to begin large-scaled studies in Liberia, Sierra Leone, and Guinea.

“We all want the momentum and sense of urgency to continue,” World Health Organization (WHO) Director-General Margaret Chan said last week (January 8), according to The Washington Post. “We want to spot potential bottlenecks early and iron out any difficulties that could slow things down.”

GSK’s chimp adenovirus-based vaccine candidate has completed its Phase 1 safety trial, and company researchers are currently analyzing data to decide the best dose to use for a Phase 3 study. NewLink and...

When the time comes, Liberia will host a randomized, controlled trial with three arms of about 9,000 people each: one group will receive the GSK vaccine candidate and another will receive the Merck vaccine candidate, while the third group will receive no vaccine and serve as the control for the trial. Sierra Leone and Guinea will host trials with more unusual designs. In Sierra Leone, all 6,000 or so trial participants will receive a vaccine (likely whichever candidate elicits the most robust immune responses in the ongoing Phase 1 studies), but some will get it sooner than others, with efficacy becoming apparent if the group that was vaccinated sooner has fewer infections. And in Guinea, approximately 180 groups of about 50 people in contact with Ebola patients will be vaccinated. Like the Sierra Leone trial design, some will be given the vaccine earlier than others, but every participant will receive a vaccine.

Liberia has seen a dramatic drop in new Ebola cases in recent weeks. While this is of course a welcome relief from an epidemic that has already killed more than 8,000 people, WHO Assistant Director-General Marie-Paule Kieny noted that the drop-off could make it harder to determine efficacy of the vaccines in question. One way researchers plan to counter this drop in statistical power is to increase the number of trial participants.

A third vaccine candidate, under development by Johnson & Johnson, is also in the running. Last week (January 6), the company announced a Phase 1 trial for a two-shot “prime-boost” strategy: first of a human adenovirus vector-based vaccine developed by Crucell in the Netherlands, then—one to two months later—of a modified smallpox vaccine vector produced by Bavarian Nordic in Denmark. The big advantage of these shots is that they can be stored between 2°C and 8°C and do not need to be deep-frozen, as both GSK’s and NewLink/Merck’s vaccine candidates do. Johnson & Johnson has already begun looking for potential Phase 3 trial sites in Africa, according to Kieny.