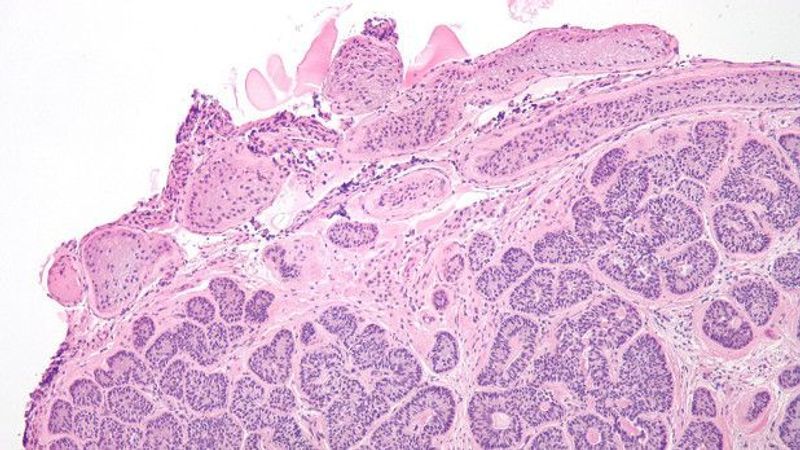 Even when a person has recovered from Ebola and his or her blood is Ebola-free, the virus can linger in the body. It can remain in semen for months after the initial infection. Late last year, it was found replicating in the eye of Ebola survivor Ian Crozier, an American physician who helped treat patients in Sierra Leone, nine weeks after he recovered from the illness. It has been detected in swabs of the bodies, amniotic fluid, and placentas of stillborn babies whose mothers were infected with and recovered from Ebola while pregnant, said Daniel Bausch, an emerging pathogens expert at Tulane University in New Orleans who worked with the World Health Organization (WHO) during the ongoing Ebola epidemic. Most recently, the virus has been detected in the nervous system of Scottish nurse Pauline Cafferkey, who recovered from Ebola about a year ago,...

Doctors have hypothesized that, after a person recovers from an Ebola infection, the virus can hide away in these immune-privileged sites and—as in the cases of Crozier and Cafferkey—later flare up. In such instances, especially when the infected person could not have been infected a second time, “the only possible way that we could surmise that the virus could be present is that it was seeded from the acute original infection and persisted,” Bausch said. “We have very ample and increasing evidence that the virus can persist in some of these sites [of immune privilege],” he added.

The immune system, meant to protect the body, can sometimes cause it harm. In the delicate tissues of the brain and eye, infection-related inflammation could do serious damage, said Boston University’s Andrew Taylor, who studies immune regulation and suppression in the eye. Once damaged, tissues of the eye can be slow to heal, and scarring can impede vision.

Meanwhile, immune privilege of the testes and placenta seems to keep the immune system from destroying the body’s own cells. Before birth, T cells go through a selection process whereby those that recognize antigens of their own body are eliminated. Because this process occurs during infanthood and sperm are not produced until puberty, the immune system considers these gametes foreign and, given the chance, may destroy them, explained Mark Hedger, a reproductive immunologist at the Hudson Institute of Medical Research in Melbourne, Australia.

Immune privilege of the placenta serves a similar purpose. Because the fetus contains genetic contributions from the father, “if the immune system were to detect that, it would actually attack the developing baby,” said Jannette Dufour of the Texas Tech University Health Sciences Center. Instead, “the immune response is controlled so that you can basically allow for development,” she explained. Immune privilege is thought to be a primarily mammalian phenomenon, Dufour said—one that mammalian reproduction depends on.

Immune privilege involves three general components: a structural barrier between the blood, which carries immune cells, and the immune-privileged tissue; the production of immunosuppressive molecules; and the conversion of immune cells that could mount an immune response into ones that keep the immune system in check, explained Hedger.

In the testes, for example, sperm begin their lives in and around a network of tubes, called seminiferous tubules, lined by what are called Sertoli cells. The Sertoli cells are connected by tight junctions that let no cells or molecules through—except the developing germ cells—forming a blood-testis barrier. These undifferentiated germ cells, called spermatogonia, begin outside the Sertoli cells; then, as they develop into sperm, they pass through the Sertoli-cell barrier and move toward the center of the tubule.

Yet these tight junctions alone are not enough to protect developing germ cells, which form outside the blood-testis barrier, where immune cell-rich blood flows, said Hedger. A second layer of protection is provided by molecules produced by Sertoli cells, such as prostaglandins, which destroy activated T cells that could otherwise mount an immune response. As a third means of protection, molecules secreted by testicular cells, such as TGF-β, help convert immune cells—both T cells and macrophages—from those that could spur an immune response to those that are immunoregulatory.

Similar mechanisms of immune suppression also exist in the brain, the eye, and the placenta, said Taylor. “The only difference that I can think [of] is that each immune-privileged tissue has a different set of cells . . . that are actually making the factors—the cells that are regulating the immune response,” he said. “The end result comes out the same.”

Another source of variation among immune-privileged sites lies in their structural barriers, said Dufour. The blood-brain barrier exists at the level of the blood vessel, which has tight junctions in its epithelium. Testicular blood vessels, on the other hand, do not have tight junctions; the blood-testis barrier is formed instead by the tight junctions of the Sertoli cells, she explained.

That a system set up to protect the body from its own immune system can serve as a hideout for Ebola may be distressing; however, in the study of Ebola persistence in semen, the frequency of Ebola-positive samples decreased with time. These and other data suggest that the body eventually defeats the pathogen.

“It’s just that these are sites where it’s harder for your immune system to get into and so it takes longer for it to get cleared,” said Bausch. “Over time, we do think that everyone who survives Ebola will be completely Ebola-free.”

Meanwhile, the WHO recommends that Ebola survivors abstain from sex or use condoms until their semen has twice tested negative for Ebola.