A large effort to reproduce high-impact cancer research has scaled down the number of studies it plans to replicate from 50 to 18, Science reported yesterday (July 31).

The Reproducibility Project: Cancer Biology (RP:CP) was launched by the Center for Open Science and Science Exchange, a biotechnology company, in 2013. The project’s initial aim was to replicate experiments from 50 high-profile cancer papers published between 2010 and 2012. Starting in 2015, however, organizers began to pare down the number of papers due to budgetary and resource constraints.

“I wish we could have done more,” Tim Errington, a biologist who runs RP:CP from the Center for Open Science, tells Science. “There is an element of not truly understanding how challenging it is until you do a project like this.”

Hurdles to replicating experiments included a lack of detailed protocols and easily obtainable reagents. “Communication and sharing are low-hanging fruit that we can work on to improve,” Elizabeth Iorns, the president of Science Exchange, tells Science.

To date, RP:CP has published 10 of the 18 replication studies in eLife. Two of the studies failed to replicate and two were inconclusive; project members were able to reproduce at least parts of the experiments from the remaining six. According to Science, the original findings from many of the 50 papers RP:CP planned to replicate have already been confirmed by other independent groups.

RP:CP also decided to discontinue 11 ongoing replication efforts, but plans to publish the findings from those incomplete studies. 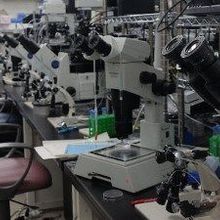