A quick zap of electricity makes T cells more receptive to taking in new genetic material and gene-editing reagents, researchers report July 11 in Nature. The discovery could expedite protocols for creating immunotherapies to treat a range of cancers.

“What takes months or even a year may now take a couple weeks using this new technology,” Fred Ramsdell, vice president of research at the Parker Institute for Cancer Immunotherapy in San Francisco, where one of the authors of the study is a member, tells The New York Times. “If you are a cancer patient, weeks versus months could make a huge difference.”

Traditionally, researchers genetically alter immune cells for immunotherapy treatments using disabled viruses. The viruses inject new genes into T cells, which, when infused into cancer patients, target tumors for destruction. But developing new viruses to edit the genetic material of T cells can take several years, and the viruses can only introduce a limited amount of DNA—a few dozen bases—into the T cells.

To speed up the process of tweaking the T cells’ DNA and to allow for longer stretches, up to hundreds of bases, to be introduced, Alexander Marson, a microbiologist and immunologist at the University of California, San Francisco, and colleagues used electroporation to get the cells to relax enough to allow new genetic material and gene-editing tools, such as CRISPR-Cas9 reagents, inside without the viral ferry. However, the researchers are not yet sure exactly why the shock works, according to The Washington Post.

Still, “it's a turning point,” Vincenzo Cerundolo, director of the Human Immunology Unit at Oxford University who was not involved with this study, tells The Post. “It is a game-changer in the field and I'm sure that this technology has legs.”

So far, the technique has been used to tweak the genetic material in healthy donor T cells and to correct a single mutation in cells from children with an autoimmune disease, but the cells have not yet been put back into the patients. The team is now working to get approval from the US Food and Drug Administration to treat the children with the tweaked T cells.

First, the team needs to answer a “critical first question: Are these cells safe to be put back into people?” study coauthor Kevan Herold, an endocrinologist and immunologist at Yale University, tells The Post.

The team also tested the technique’s ability to alter T cells to target melanoma and found the tweaked immune cells attacked the cancer cells in mice.

The technology “really opens up the ability for us, as a community, to think about very creative and potentially unique ways to activate a T cell,” Ramsdell tells The Post. 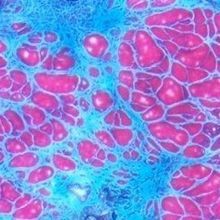