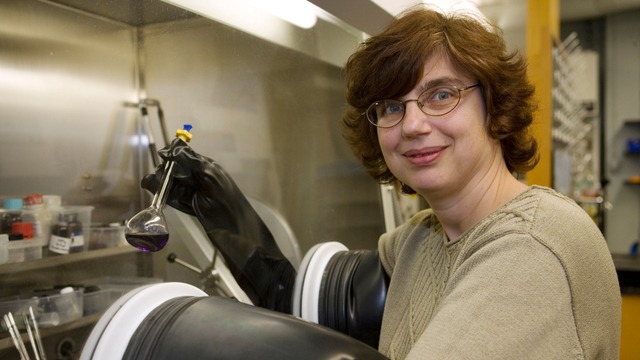 “She was a fearless scientist,” Krishna Kumar, the Tufts Chemistry Department Chair, says in a statement. “The community recognized her as a ‘chemist’s chemist’—in that she took on problems that were difficult.”

Rybak-Akimova was born in 1961 in Ukraine and earned her PhD in inorganic chemistry from the country’s Academy of Sciences. While in high school, she was the first girl to win a gold medal in Ukraine’s National Chemistry Olympiad, which gave her “legendary status,” Tufts chemist Sergiy Kryatov, who she later coached for the same competition, says in the statement. “She was a wonderful human being. It’s a huge loss.”

In 1992, Rybak-Akimova came to the United States as a postdoctoral researcher at the University of Kansas and...

Rybak-Akimova spent years investigating small molecules, and her work on how molecular systems activate oxygen molecules led to new insights into how this process works in basic biological processes. “She was always fascinated by how you can take something as benign as oxygen, that through activation can lead to some nasty chemical characters, such as hydroxyl radicals,” Kumar says in the statement.

As an instructor at Tufts, Rybak-Akimova was determined to spark students’ interests in chemistry with spectacular—and often exothermic—demonstrations. On at least one occasion, she accidentally triggered a fire alarm. “The department secretary . . . stepped out of her office to find out what was going on and Elena was jumping around the corridor, saying, ‘I did it! I did it!’” Kryatov says in the statement. “That’s Elena.”

Rybak-Akimova is survived by her husband and two children.