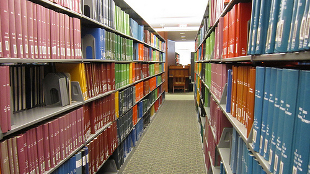 Publishing company Elsevier has backpedalled on its support of the Research Works Act (RWA), a bill that proposes to stop federal agencies from requiring that their grantees deposit federally funded research findings in open access databases.

Elsevier, which publishes a slew of highly cited science journals such as The Lancet and the Cell series, said in a statement yesterday that it decided to cease rallying for the legislation after hearing from "Elsevier journal authors, editors and reviewers who were concerned that the Act seemed inconsistent with Elsevier’s long-standing support for expanding options for free and low-cost public access to scholarly literature."

US Representatives Darrel Issa (R-CA) and Carolyn Maloney (D-NY) introduced the RWA into the House of Representatives last December, and the Association of American Publishers, a trade group to which Elsevier and many other journal publishers belong, contributed heavily to drawing up the bill. Elsevier had been...

But in January, renowned Cambridge University mathematician Timothy Gowers sparked a boycott of the publisher based on criticism involving the company's business practices and its support of the RWA. By early February, some 5,000 academics had signed on to the boycott, and as of this writing, more than 2,500 additional researchers have added their names to that list.

Tom Reller, an Elsevier spokesperson, told The Scientist that the company still opposes rigid government mandates regarding science publishing but hopes that withdrawing support of the RWA will quell some of the complaints the company had heard. "We don't necessarily think this is going to end the boycott or anything," he said, "but hopefully this helps everything calm down a little bit so we can get back to having a dialogue with funding bodies, both nonprofit and government."

But some boycotters aren't changing their positions based on Elsevier's latest move. University of North Carolina theoretical biology PhD student Joel Adamson said that the company's decision was welcomed, but that it didn't go far enough to deter his support for the boycott. "Within the realm of those kinds of solutions, it is a good thing, but it still doesn't go all the way toward what I would call a real solution to the problem," he said. "It shows me that they are a predictable corporation; in other words that they're capable of being scared that something might affect their profits." Adamson added that if Elsevier would abandon "bundling practices," in which the company allegedly groups desirable science journals with less-august titles in package deals for university libraries, it would go further towards changing his mind.

Albert Einstein College of Medicine geneticist Brett Abrahams said that he considers the decision a token gesture that means little in light of what he sees as Elsevier placing "the burden of the publication cost on the funders and on the public."

Judging from Elsevier's statement announcing their withdrawal of support for the RWA, the company will continue to support similar legislation and oppose other open-access efforts, such as the recently introduced Federal Research Public Access Act (FRPAA) of 2012, which would mandate federal agencies with extramural research budgets more than $100 million to allow public online access to taxpayer-funded research. "While withdrawing support for the Research Works Act, we will continue to join with those many other nonprofit and commercial publishers and scholarly societies that oppose repeated efforts to extend mandates through legislation," the Elsevier statement read. "I was amazed that they still continue to defend the merits of the RWA," Abrahams added.

But Elsevier could make changes that would bring Abrahams back into the fold, the researcher said. "If Elsevier wants to drop their pricing 75 percent across the board, and provide open access for everything, I'll sing and dance for them."