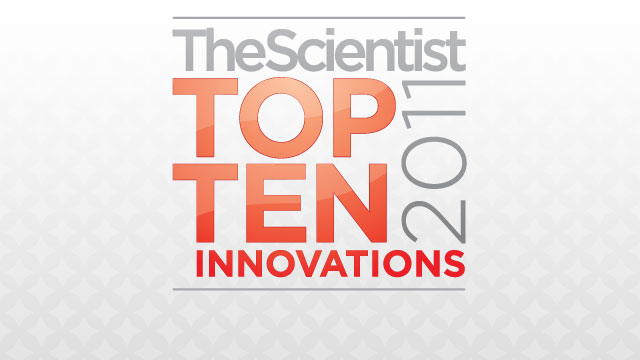 What do zinc-finger technology, the knockout rat, and 3D cell culture all have in common? They all appeared on The Scientist's annual Top 10 Innovations list before they became common life science tools in the lab.

What game-changing new technologies and techniques will make it into this year's top 10 list? You tell us! You have until September 16th to submit your product or process to our Top 10 Innovations contest for 2011. Remember, we’re defining “innovation” as anything researchers use in a lab, including tools, cell lines, etc. A product that was originally released prior to 2011 could be considered one of this year’s innovations if a version released during 2011 is a significant improvement over previous versions.

Entries will be accepted from companies that want to submit one of their products for consideration, and multiple entries from the same company are allowed.

Fill out the entry form to submit a product or technology. Send requests for information to innovate2011@the-scientist.com and include “Top innovation 2011? in the subject line.