Update (November 26): The heads of six major journals or families of journals, including Science, Nature, and Cell, today released a joint letter voicing concern with the proposed transparency rule. Under the rule, they write, "foundational science from years past—research on air quality and asthma, for example, or water quality and human health—could be deemed by the EPA to be insufficient for informing our most significant public health issues. That would be a catastrophe."

The US Environmental Protection Agency is preparing to roll out a new version of its much-criticized transparency rule that would in most cases prohibit considering studies in which raw data are not available. The contents of the new draft rule, which the EPA has not yet made public, would greatly expand the exclusion of studies beyond what the first draft would have. The document was disclosed yesterday (November 11) by The New York Times.

The original proposal, dubbed “Strengthening Transparency in Regulatory Science,” was proposed in April 2018 by then–EPA Administrator Scott Pruitt. It would have required that, to guide environmental regulations, the raw data underlying studies’ conclusions be publicly available. The draft rule drew criticism on the grounds that the medical data behind some key environmental studies are kept confidential to protect participant privacy. Omitting them from evidence-based policy would therefore undermine the regulations needed to protect public health. The original proposal only applied to a subset of studies, known as dose-response, that connect the amount of a toxin to its effects.

Under a new supplemental notice to the draft rule, the transparency requirement would apply not just to dose-response research, but to nearly all studies the EPA might consider, the Times reports. It would also be made retroactive.

“Good science is science that can be replicated and independently validated, science that can hold up to scrutiny,” current EPA Administrator Andrew Wheeler told a congressional committee in September, according to the Times. “That is why we’re moving forward to ensure that the science supporting agency decisions is transparent and available for evaluation by the public and stakeholders.”

“Let’s call this what it is: an excuse to abandon clean air, clean water, and chemical safety rules. This new restriction on science would upend the way we protect communities from pollution and other health threats,” writes Andrew Rosenberg, director of the Center for Science and Democracy at the advocacy group Union of Concerned Scientists, in a statement about the supplemental notice.

The notice also drew criticism from US Senator Sheldon Whitehouse (D-RI), who tweeted that it is a “Dirty trick by polluters pulling the strings at @EPA.”

An EPA spokesperson tells The Hill that the Times report "has numerous errors and is based on a leaked preliminary, draft version of the Supplemental, not the actual text submitted to [the Office of Management and Budget]." 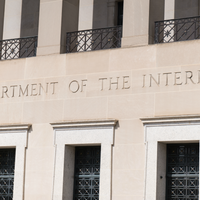