The final leader in the global campaign to eradicate smallpox, J. Michael Lane, died of colon cancer on October 21 at the age of 84, multiple news outlets report. Lane became the director of the Global Smallpox Eradication Program at what is now the Centers for Disease Control and Prevention (CDC) in 1973, seven years before the World Health Organization declared the virus to be eradicated—the only pathogen to hold that distinction. 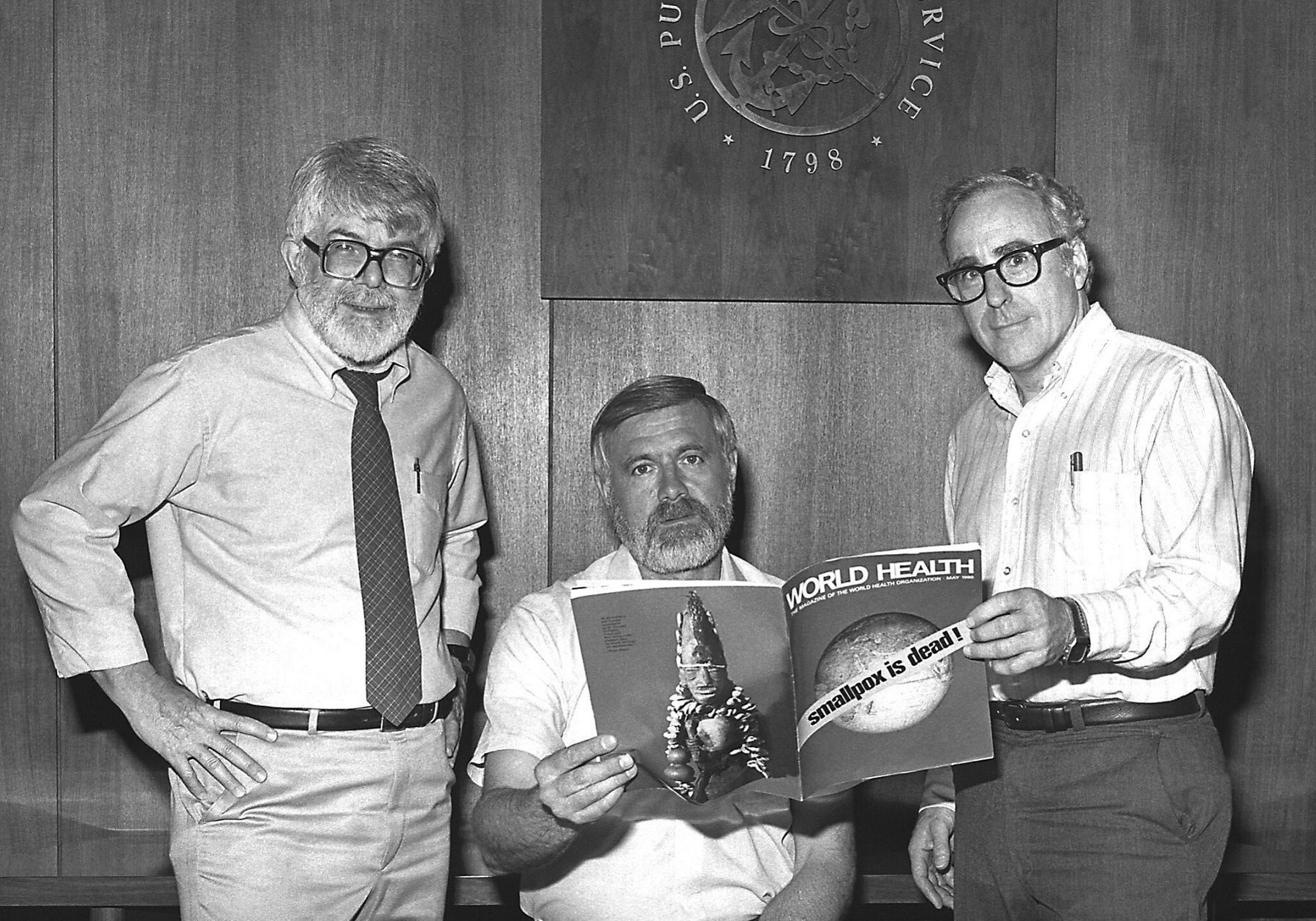 In 1980, J. Michael Lane (right), the director of the Global Smallpox Eradication Program at the Centers for Disease Control, and former program directors J. Donald Millar (left) and William Foege (middle) pose for a picture following the World Health Organization’s declaration that smallpox had been eradicated.
CENTERS FOR DISEASE CONTROL AND PREVENTION PUBLIC HEALTH IMAGE LIBRARY

“I worked with Mike for a half-century,” William Foege, a former director of the CDC’s smallpox program, tells The New York Times. “He was extremely important to the success of the smallpox eradication program. He worked in many countries, and ran the whole program from Atlanta. He figured out the complications of administering the vaccine. And he was a great teacher.”

In 1961, Lane earned a medical degree from Harvard University, and he followed that up with a master’s in public health from the University of California, Berkeley. Before he took the helm of the smallpox program, Lane was heavily involved in the CDC’s fight against the disease, which killed 300 million people in the 20th century alone, and is known to have terrorized humankind for thousands of years. Within a year of starting at the agency in 1963, he was assigned to smallpox, and he soon began traveling to developing countries around the world to teach local leaders how to monitor for outbreaks, help deal with those that erupted, and run vaccination campaigns, according to the Times.

At the same time, Lane recognized the risk of smallpox vaccination, which can be fatal, although very rarely. He argued that in the US, where smallpox was not endemic, the risks were too great to justify continued routine vaccination, and in 1972, the country officially stopped the practice. After the last smallpox case was in the world’s rearview mirror, Lane advocated for destroying laboratory samples of the virus, The Washington Post reports.

Lane stayed at the CDC until 1987, when he moved on to teaching positions at Emory University in Atlanta and at the Australian National University. After the 2001 terrorist attacks in the US, he spent some time providing bioterrorism defense training to members of the Army. He officially retired in 2002 but continued to lecture and write scientific articles about his areas of expertise.

Lane is survived by his wife, Lila Summer Lane, a daughter from his first marriage, a stepdaughter, two grandchildren, and several siblings.