“The problem of the propagation and breeding places of the Common or Fresh-water Eel is one of great antiquity; from the days of Aristotle naturalists have occupied themselves therewith, and in certain regions of Europe it has exercised popular imagination to a remarkable degree.”

With these words a century ago, Johannes Schmidt began his 1923 article “The Breeding Places of the Eel,” in which he laid out the results of his attempt to solve that longstanding problem with a series of oceanic expeditions that took, he wrote, “16 or 17 years.” The mystery of the European eel (Anguilla anguilla) stemmed from the fact that mature eels swim out of Europe’s rivers into the sea each year, never to return; then, in the spring, their young appear at the continent’s shores and enter its rivers. Schmidt reported that the mature eels were spawning in the western Atlantic, in an area now called the Sargasso Sea, and that offspring made their way to Europe from there.

“They spawn in the deep ocean and then they migrate to continental waters, mostly fresh waters, for growth,” says Martin Castonguay, a fisheries ecologist at Fisheries and Oceans Canada. It’s the “exact reverse” of what salmon do, he adds.

Questions have remained about the eel’s life history, and these have taken on increased urgency as the fish’s numbers have fallen precipitously since the 1970s. The number of young fish that reach Europe each spring has fallen to about 5 percent of what it was in that decade, and the IUCN now lists the species as critically endangered.

Multiple reasons have been proposed for the drop, says Reinhold Hanel, a biologist at Johann Heinrich von Thünen Institute in Germany—including pollution, habitat loss, climate change, and hydropower turbines in Europe’s rivers. But in his view, “even [though] there is a lot of literature, it’s really just hypotheses and speculations, and personally I don’t believe that [the decline] traces back to one single cause.”

To add to what’s known about the eel and its decline, Hanel sought funding and access to a German government research vessel to launch an update to Schmidt’s study, beginning in 2011. In 2014, he teamed up with a Danish group aboard another ship to look for eel larvae across the entire estimated spawning area during the spring spawning season.

One challenge in carrying out the survey was orientation, Hanel says. The Sargasso Sea is an area about the size of Central Europe that’s bounded not by land masses, but by strong currents that shift locations from year to year. It takes its name from the floating sargassum seaweed that’s abundant there. “The Sargasso Sea is really huge, and it has no topographic [features to use for orientation]. There [are] no sea mounts; there is no great variability in depth,” Hanel explains. “You have to basically orientate along these different water masses,” and use their locations to correlate new data with that collected in a comparable location in previous surveys.

Using the two ships, the research team became the first to measure the width of the stretch of water across which the European eels spawn: 2,000 km. “For the first time, we really got a relatively good picture about how widespread this spawning is,” says Hanel. He finds it “astonishing” that the fish are still spawning over such a large area, given the drop in their numbers. The researchers published the results of their collaboration April 10 in Biology Letters.

Castonguay, who was a peer reviewer of the paper, agrees. “This is a pretty neat study that shows that despite the deep decline in abundance in European eel, they still spawn over a very large area in the Sargasso Sea,” he says. “You might see this as good news.”

Many questions about the eel and the causes of its decline remain open. Hanel says the oceanic surveys are contributing information in the search for answers. No one has been able to track adult eels on the entirety of their 5,000–7,000 kilometer journey to find where, exactly, they spawn in the Sargasso Sea, for example. Given the breadth of the area where young larvae are found, Hanel thinks it must be multiple sites.

Other open questions, says Hilaire Drouineau of France’s National Institute of Research and Technology for the Environment and Agriculture (IRSTEA) who was not involved in the work, include why the eels spawn in the Sargasso Sea and over such a large area; how long the larvae take to drift to Europe, and on what ocean currents; and the different factors contributing to their decline. Hanel says more research is needed to also find out whether current measures to protect the fish—such as an export ban and mandating that countries ensure a certain number of mature eels reach the sea rather than being fished en route—are working. 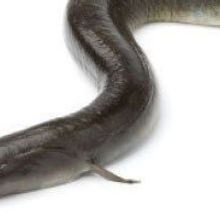 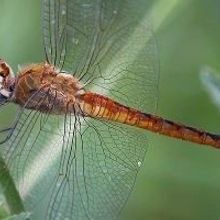