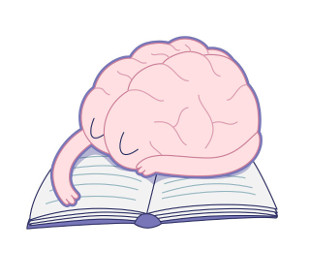 ISTOCK PHOTO, GRIVINASleep is known to aid memory and learning. For example, people who learn something, sleep on it, and are tested on the material after they wake up tend to perform better than those who remain awake in the interim.

Within that general phenomenon, however, there’s a lot of unexplained variation. University of California, Riverside, sleep researcher Sara Mednick wondered “what else might be going during that sleep period that helps people’s memories,” she told The Scientist. As it turns out, activity of the autonomic nervous system (ANS) explains a large part of this variation, Mednick and colleagues show in a paper published today (June 13) in PNAS. The researchers measured not only the electrical activity of the brain during sleep, but also that of the heart, providing an indicator of ANS activity. They found that the beat-to-beat variation in heart rate accounted for much of...

“There is a good possibility that this additional measure [heart-rate variability] may help account for discrepant findings in the sleep-dependent memory consolidation literature,” sleep and cognition researcher Rebecca Spencer of the University of Massachusetts, Amherst, who was not involved in the work, wrote in an email. “Perhaps we put too large of a focus on sleep physiology from the CNS [central nervous system] and ignore a significant role of the ANS.”

The authors “add on to an existing group of literature showing that sleep is consequential for memory by examining not just what the brain does during sleep but also what the body does,” Brown University sleep researcher Jared Saletin, who also was not involved in the work, told The Scientist.

Mednick’s group had previously found that rest improved a person’s performance on a creativity gauge called the Remote Associates Test (RAT), in which people are given three words (such as cookies, sixteen, and heart) and asked to supply a fourth word that relates to all three (sweet). Study participants administered both the RAT and an analogies test either took a 90-minute nap or remained awake before retaking the RAT. On that second RAT, some of the questions were completely new, while others were repeats from the first assessment. Other questions still were new, but accompanied by answers to questions from the analogy test (“primed” questions). Napping and non-napping participants showed equal improvement on repeated questions. Only napping participants who entered rapid eye movement (REM) sleep showed improved performance on the primed questions. On the novel questions, no group improved at all, noted study coauthor Lauren Whitehurst of UC Riverside.

Other groups examining both animal models and humans have found an association between the activity of the parasympathetic branch of the autonomic nervous system and memory. Separately, researchers have identified an association between increased heart-rate variability and improved cognitive function in waking study participants. Increased heart-rate variability indicates a relaxed heart and reduced ANS arousal, Saletin explained. Lower variability “means that the heart is basically working more: it’s more stressed, it’s being pushed harder,” he added.

For the present study, the researchers repeated their RAT-based experiments, except this time, in addition to monitoring the brain’s electrical activity with an electroencephalogram, they also measured heart activity with an electrocardiogram. The team then compared performance between nappers and non-nappers. Mednick’s team found that nappers performed better than non-nappers on the primed questions. The two groups did not significantly differ in their performance on repeated or novel questions.

“At the moment, this is mainly a correlative study that does not infer causal relationships,” Anita Lüthi, a sleep and memory researcher at Switzerland’s University of Lausanne who was not involved in the work, told The Scientist in an email.

Lüthi noted a limitation of the work. “The study focuses on a task that involves not only mnemonic but also creative aspects. It would be interesting to look at the role of heart-rate variability during simpler, declarative memory tasks,” she noted. “The more complex tasks used here would also require that subjects are evaluated in terms of parameters related to their intelligence and motivation.”

Mednick’s team next plans to try blocking or enhancing parasympathetic nervous system activity during sleep to assess the effects of these treatments on memory.