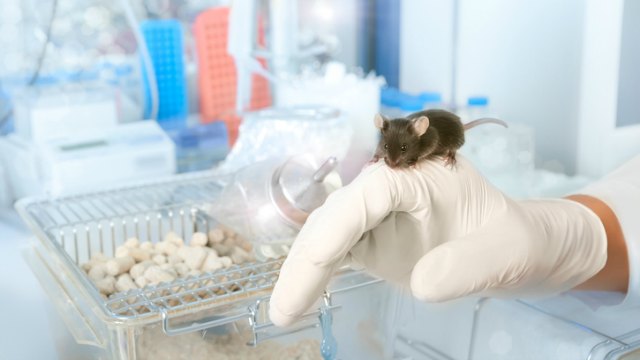 ISTOCK, ANYAIVANOVAThermometers in the mouse brain are responsible for a lack of appetite the animals feel after a vigorous workout. Simply firing up heat-sensing receptors on cells in the mouse hypothalamus can reproduce the same appetite-suppressing effects of exercise, researchers report today (April 24) in PLOS Biology.

“Our study provides evidence that body temperature can act as a biological signal that regulates feeding behavior, just like hormones and nutrients do,” says coauthor Young-Hwan Jo, a neuroscientist at Albert Einstein College of Medicine, in a press release.

It’s a fairly common observation among people that working out staves off hunger for a short while afterward. And it turns out the same is true in mice. Jo’s group had mice run a treadmill for 40 minutes, and observed that their brains were warmer and they ate less for the next hour. To see what might be responsible for this...

They found that in mice, neurons in the hypothalamus—specifically, in the arcuate nucleus (ARC) of the hypothalamus—produce heat-sensitive receptors called TRPV1. Through a variety of methods, including the application of capsaicin, a compound found in hot chili peppers, the investigators revealed that flipping on TRPV1 could tamp down mice’s appetites. On the flip side, disrupting the receptor wiped out the appetite-suppressing effects of exercise.

“Hence, our results propose that elevated hypothalamic temperature can activate temperature-sensitive TRPV1-like receptors in [these] neurons, which may result in a reduction in food intake,” the researchers write in their report.